Aaron Rodgers Had Some Fun with Randall Cobb 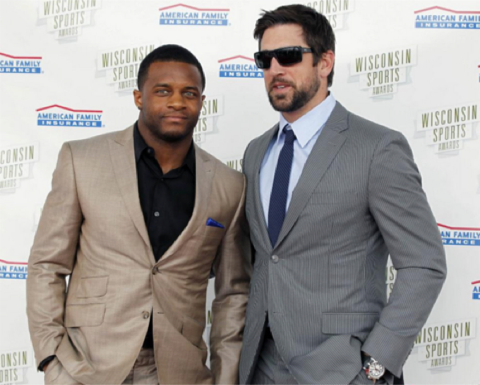 By now, you’re fully aware that the Wisconsin Badgers shocked a lot of people by beating the then-unbeaten Kentucky Wildcats in the Final Four Saturday night.

Green Bay Packers receiver Randall Cobb went to Kentucky. Yes, they do have a football program there too.

Green Bay Packers quarterback Aaron Rodgers… well, he went to Cal. He’s made himself into a Wisconsin Badgers fan though and that’s fine.

So naturally, he had to taunt Cobb.

Cobb had nothing to say to Rodgers, but he did have this to say about the Badgers, Sunday morning.

Man… tough loss for my Cats. Great season! Hats off to the Badgers. Big stops and big shots down the stretch. Bring one back to WI!