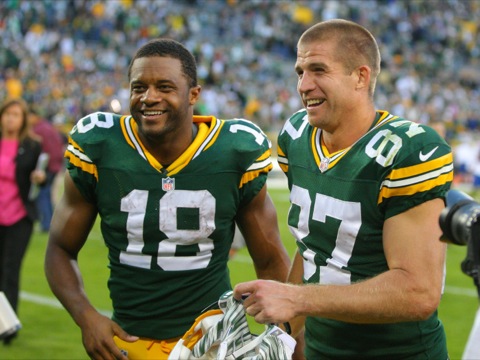 Round 1 in the NFL Draft is like the part of the iceberg above the water. It gets all the attention, but it is a small part of the whole.

In our Round 1 draft analysis, I explored whether Ted Thompson deserves a poor reputation in Round 1. Now, I will investigate whether he deserves his great reputation for Round 2.

A recent study of the NFL draft over a 10 year span concluded that Round 2 of the draft normally yields a 50/50 success to bust rate. I took a close look at the last 8 years of the draft and found that Round 2 has pretty consistently resulted in a 18-20% chance of drafting a Pro Bowl player.

With that in mind as a measuring stick, here are all the Round 2 picks by Ted Thompson.

As shown above, in 14 overall picks, Thompson has picked 5 busts and 5 Pro Bowl players. With 36% in both categories, Thompson’s bust rate and Pro Bowl rate are significantly better than the NFL average, which again are 50%/20%.

Plus, Thompson’s numbers are slightly weighed down by picks in years where he picked more than once. In fact, 4 of his 5 busts were in years where Thompson had multiple picks in Round 2. And that one outlier bust, Brandon Jackson, could be argued to not have been a bust at all. Jackson was actually a pretty useful player for the Packers and helped them win a Super Bowl in 2010. However, the Round 2 expectation is for a player to become either a starter or a solid back up eventually, and by that standard, Jackson was a bust.

If you just go by the measure of drafting a quality player in Round 2, regardless of number of picks, then Thompson’s success rate is 8 of 9, or 88%. With again Jackson’s year of 2007 being the only draft where Thompson did not get at least one quality player out of Round 2.

Of course, as it always is, the story is developing since there is still time for Davante Adams, Casey Hayward or Mike Neal to either bust or become Pro Bowl players. Obviously Thompson has had more success drafting offense in Round 2. He has a 25% bust rate on offensive players (2 of 8) and a 50% bust rate on defensive players (3 of 6).

As we saw in the first round, the Packers have shown their dedication to the draft and develop philosophy in Round 2. Every draft pick that was not a bust has been extended beyond their rookie contract except for Darren Colledge.

To date, Ted Thompson has drafted 3 players in the first round who have made the Pro Bowl and 5 players in the 2nd round who have. That suggests Friday is just as big a draft day as Thursday is. And by the way, Thompson has only picked one player after the first two rounds who then made the Pro Bowl, and that is Josh Sitton picked in Round 4 in 2008. Mike Daniels, Morgan Burnett, Corey Linsley and David Bakhtiari all have decent shots to change that though.