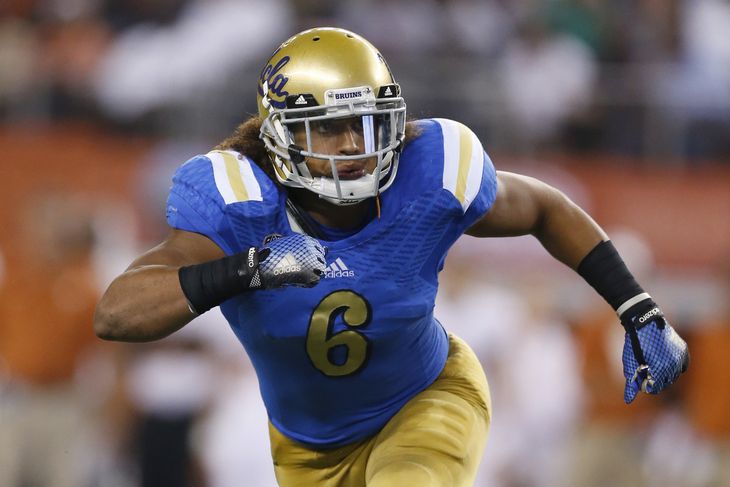 The 2015 NFL Draft is only 12 days away. We will complete our focus on Round 1 before moving on to the other rounds of the draft.

In order to do this, I have essentially done a mock draft round-up, combing through scores of online mocks so that you don’t have to. What we are left with is a summary showing everyone’s Round 1 picks for the Packers.

Ted Thompson has the reputation as a GM who is infamously difficult to gauge. However, recent picks of Datone Jones and Ha Ha Clinton-Dix, both heavily predicted, have perhaps altered that reputation, or should have altered it. If recent history means anything, then chances are the Packers’ Round 1 pick will be a player on this list.

Here is the round-up from around 40 mocks from blue bloods like ESPN, CBS.Sports, and NFL.com to much lesser known sources.

As you can see, the runaway winner for the Packers’ first pick is the inside linebacker from UCLA, Eric Kendricks. Kendricks is the consensus top inside linebacker in the draft, and a fourth of the mock drafts predict he’ll be available at #30.

Those same predictors suggest that moving Clay Matthews back to the outside is in the Packers’ best interests. I have already expressed some skepticism of that view. They thus predict that picking Kendricks would allow that to happen. Maybe so. Again, I think the Packers are fine with leaving Matthews inside. With that being the case, they should not pick an ILB here unless he absolutely is the best player available.

Even though Kendricks is the most commonly predicted pick, the cornerback position is actually the most popular position to be picked. Byron Jones from Connecticut leads a group of four corners who were picked more than once in the 40 mocks I checked. Even though Jones was typically ranked only around the 6th or 7th best corner in the draft, apparently the “experts” think his bigger size at 6’1, 200 pounds, is more in line with what the Packers are looking for. Jones played safety in college until his final season. So, maybe people have the draft success of Micah Hyde in mind as well.

The other corners picked are higher ranked prospects than Jones, and therefore, there is some serious doubt that they will be available. Marcus Peters is ranked by many as the second best corner in the draft and almost certainly will not be there. Jalen Collins is the fifth ranked prospect at corner and might be the next most likely pick to Jones.

Defensive tackle is the next most likely position that the “experts” think the Packers will address in the first round. Jordan Phillips from Oklahoma leads that group. Both Phillips and Malcolm Brown are the kind of big bodies that the current Packer roster lacks. Considering Ted Thompson’s past stated preference for “big guys rather than small guys,” it would be no shock if one of these guys was the pick.

The only offensive player to be picked more than once was Minnesota tight end Maxx Williams, who is the top-rated tight end in this draft. Williams is the kind of stretch-the-field athlete that the Packers haven’t had since J-Mike Finley was failing to realize his potential. Williams may drop a little for his lack of blocking ability, which would suit the Packers well since that isn’t what they need him for. Probably the biggest strike against Williams is that as a one-dimensional tight end opinions vary greatly on when he will be drafted. Some project him as a mid-first round talent while others project the second round.