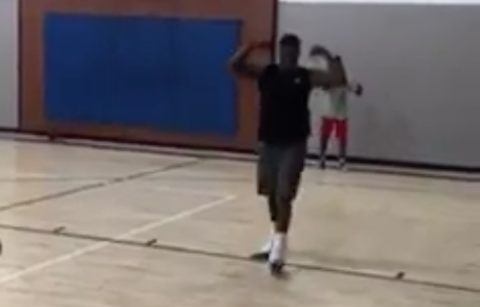 @jimrome DAVANTE ADAMS is serious with the dunks. @tae15adams pic.twitter.com/Yyi8EKEkPV

Now, as impressive as that was, let’s look at the bigger picture here for a moment.

That’s one of the two things you don’t do if you’re an NFL player. Play basketball and ride a motorcycle.

All the Packers need is their No. 3 receiver suffering a season-ending injury before the season even starts. Then they’ll have to bring back Greg Jennings.

Previous Article
Greg Jennings Would Like the Packers to Take Him Back
Next Article
How About Wes Welker to the Packers?