Today is a Good Day for This Julius Peppers’ Dunk 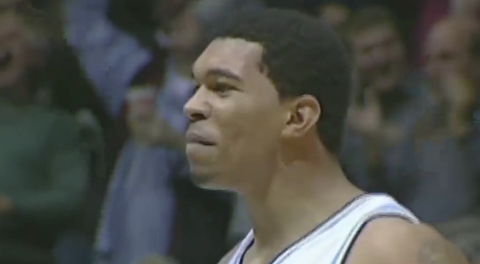 Hey, if you’re not slacking off at work today, watching college basketball then we’re just going to assume there’s something wrong with you.

If you don’t know how to do that — March Madness Live. Look it up. We fully support you not doing your job today and tomorrow. Tell your boss we said so.

Like this alley-oop, which, interestingly enough, was thrown to him by another guy who played football. That guy is Ronald Curry, who went on to play for the Raiders.

You better get a TO, Wake!