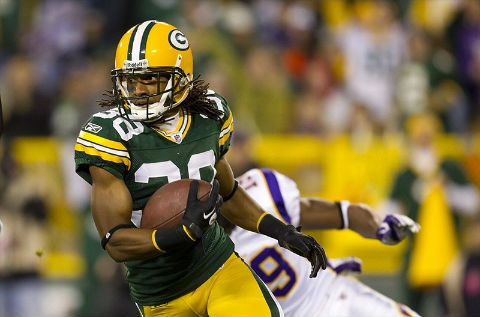 We’re not exactly sure where the Green Bay Packers stand with cornerback Tramon Williams.

Will they bring back the 31-year-old Williams, the team’s best cornerback in 2014, or will they instead re-sign the younger Davon House? It seems to be an either or proposition.

The Seattle Seahawks could help make the decision for the Packers.

Seattle is expected to pursue Williams to replace Byron Maxwell, widely considered the top free agent cornerback on the market. The Seahawks feel they can’t afford Maxwell and Williams would make a decent (and cheaper) replacement.

According to the Journal Sentinel, the Packers have offered Williams a two-year deal worth $8 million. That proposal has been rejected.

A source close to Williams and his agent, Rodney Williams of Katy, Texas, told the Journal Sentinel that the Seahawks have made it clear they’re going after the 31-year-old cornerback because they have little or no chance to re-sign Maxwell, an unrestricted free agent.

The Seahawks prefer Williams to other veteran cornerbacks because (GM John) Schneider knows him from four seasons in Green Bay and views him as an ideal fit for coach Pete Carroll’s aggressive Cover 3 coverage scheme.

If the Packers want to get a deal with Williams done before free agency opens, it certainly appears doable. Increasing that two-year offer to $10 million might do the trick.

That is, unless Williams thinks he’s going to get more years on the open market. From an objective perspective, that certainly seems doubtful.

Of course, stranger things have happened.

What is clear, is that unlike recent years, the Packers appear primed to lose some key contributors in free agency this year.

Here’s That Jarrett Bush Apology You Asked For