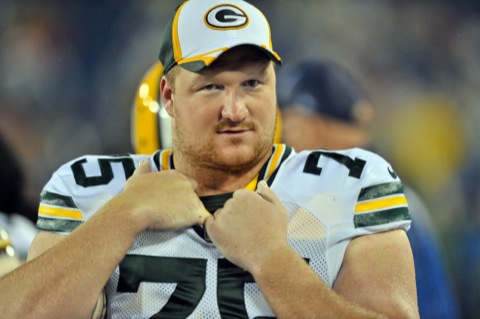 Word is the right tackle will return to the Green Bay Packers and that a new deal is imminent.

The #Packers are expected to keep OT Bryan Bulaga, source says. They are closing in on a deal. High priority for them.

Next to receiver Randall Cobb, who has already returned to the fold, Bulaga was the Packers’ main free agent priority.

It was starting to look like Bulaga would get a certifiably insane offer from another suitor, but either that didn’t happen or, more likely, Bulaga decided he likes winning more than money.

When Bulaga signs, that means the Packers will have their entire starting offense back from the 2014 season.

And that should scare the shit out of the rest of the league.

Previous Article
Davon House Heading to Jacksonville
Next Article
Jay Cutler is the Gift that Keeps on Giving!