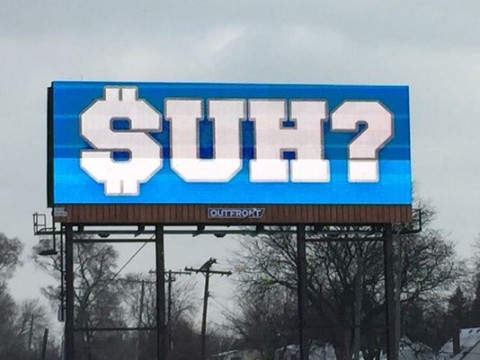 All they say is $uh?

What the fuck does that mean? What’s the message? And since no one gets the message, what the hell is the point in spending the money for the billboards?

Lions fans that have money… that’s an interesting concept.