Kyle Sebetic is the Newest Packer 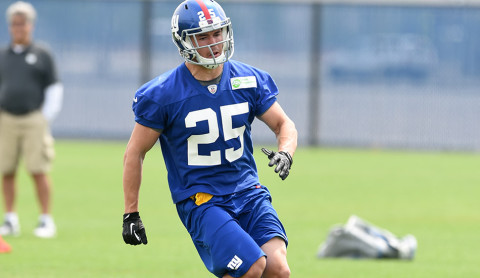 The Green Bay Packers have gone and signed defensive back Kyle Sebetic.

Is this guy the replacement for Tramon Williams and Davon House?

His signing is interesting for really only one reason.

Sebetic participated in the NFL’s first veteran’s combine last Sunday. That combine is just like the regular combine, except it features guys who are supposedly washed up, rather than guys just coming out of college.

Sebetic is just the second guy who got a contract as a result of that event, following receiver Nathan Slaughter, who signed with Arizona earlier this week.

So who the hell is this guy?

He’s a Wisconsin native (Pleasant Prairie). That’s not going to get him a roster spot, though.

Sebetic was a four-year starter at Dayton. He was an undrafted signee by the Giants last offseason.

They released Sebetic on August 4 and re-signed him to the practice squad for one week in November. So we have no idea whether he can compete at the NFL level at all.