How About Wes Welker to the Packers? 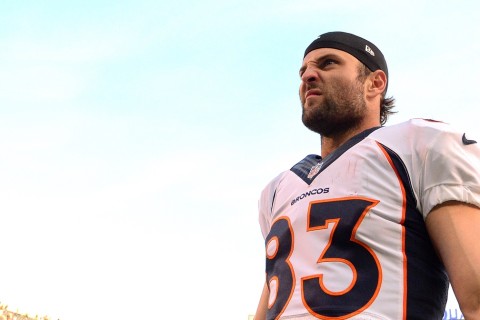 There are plenty of name free agent receivers available. Former Bronco and Patriot Wes Welker is one of those guys.

Ian Rapoport made the connection between Welker and the Green Bay Packers Tuesday on NFL Total Access.

The Packers are reportedly looking at the receiver market and, as always, if they’re going to sign an outside free agent, they’re going to pay him dirt. Welker, who’s 33 and coming off his least-productive season since 2005, would definitely fit that bill.

Welker had 49 catches for 464 yards and two touchdowns in 14 games in 2014. There will probably be no competition for his services, which means he can probably be had for around $2 million tops.

However, his numbers indicate he’s obviously in decline.

So why would the Packers want him?

We can’t really answer that question.

The only reason you’d sign Welker is if you didn’t think those last two guys could contribute or if you wanted to play Cobb more on the outside. That, in turn, would limit Davante Adams’ snaps.

And none of that really makes any sense to us.

The Packers had been sniffing around Percy Harvin though, so they’re obviously interested in adding another receiver.