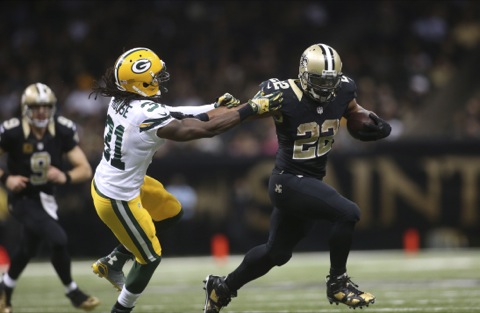 If we know anything about free agency this year, it’s that the Jacksonville Jaguars are going to throw all kinds of money at guys that really don’t deserve it. Of course, that’s what they have to do because nobody wants to play in Jacksonville.

The Jaguars did just that with former Green Bay Packers cornerback Davon House.

It was reported that House signed with the Jaguars this morning, for what we could consider an astounding $6.25 million annually.

Overall, the contract is for four years and $25 million.

To put that in perspective, that gives House the 19th-highest annual salary in the league among cornerbacks. That’s obviously starter’s money for a guy who’s never been a full-time starter.

We know the Packers hadn’t even talked to House prior to the weekend, a sign that they had no intention of re-signing him. Perhaps they knew he was going to get a ludicrous offer like this and that’s why they didn’t bother.

The focus will now have to return to re-signing Tramon Williams.

Williams has already rejected a two-year, $8 million deal from the Packers. While it appears Philadelphia may be interested in Tramon, the early favorite — Seattle — now appears to be out of the running. They have signed former Eagle Cary Williams to replace Byron Maxwell, who left for Philadelphia.