Clay Matthews Bobblehead is the Worst 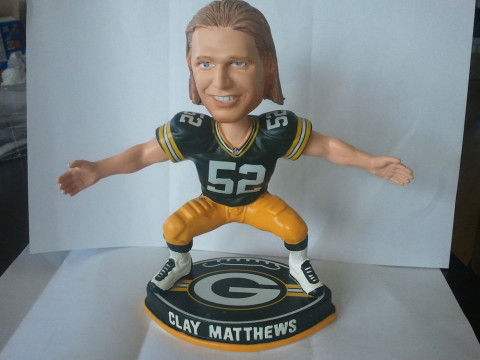 I found this on Twitter the other day and I just can’t get over how truly terrible it is. The Clay Matthews bobblehead is the worst bobblehead.

It’s a total hack job and just goes to show that the Packers and the NFL will give anyone a license so long as they feel they can make a buck. As you surely know, you can’t use that logo or even the Packers uniform on a product without the organization’s permission, so they had to sign off on this atrocity.

Let’s count the ways this is an embarrassment.

If anyone out there has one of these, we are curious about one thing. Did bobblehead Matthews disappear from your shelf with a few minutes left in the NFC Championship game like real Matthews did from the game?

Previous Article
Brett Favre is a Killer
Next Article
Just Thrilled to Meet You, Cutty!