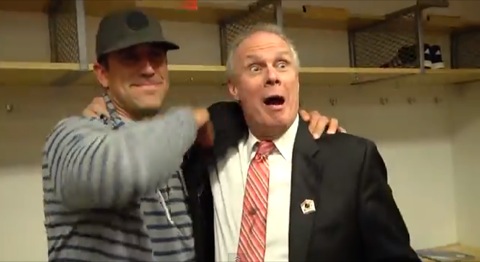 Much like last season, when he was hanging out in the locker room, Green Bay Packers quarterback Aaron Rodgers is following the Wisconsin Badgers basketball team in the NCAA tournament.

Rodgers was asked which Badger he’d like to face off against (presumably in a game of basketball). His answer was forward Sam Dekker.

The Badgers play North Carolina on Thursday in Los Angeles. There’s a good bet Rodgers will be at the game and if the Badgers win, we expect he’ll pop up in the locker room afterward.