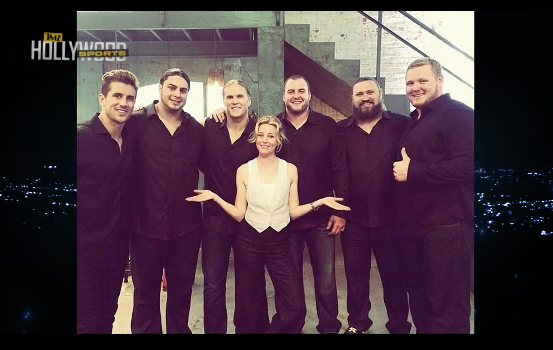 Oh, and that other guy is Jordan Rodgers, younger brother of Aaron. He joins these other clowns in a scene in Pitch Perfect 2 where they’re singing about how bootylicious their bodies are.

I shit you not.

Now, as embarrassing as all of that is, at least these guys sang their own parts. It’s true, at least according to Rodgers.

Can’t you just hear the sweet sounds of Josh Sitton’s angelic voice singing about his bootylicious body? That’s enough to give a guy a hardon straight away.

Anyway, Rodgers showed up on TMZ earlier this week to talk about the movie, which is where he revealed that these guys really are singing in the film.

On another note, I really don’t understand why they didn’t call this movie — Pitch Perfect 2: Pitch Perfecter.

Brandon Bostick is a Viking, Because of Course