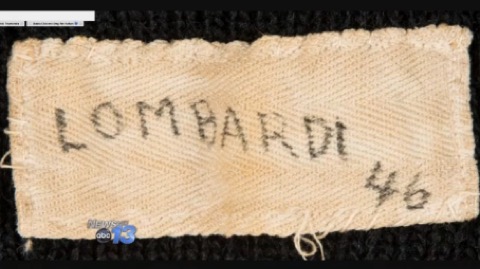 As the story goes, McEvoy found the sweater last summer and had no idea what it was until he saw a documentary on Lombardi and saw him wearing it. He then had it appraised and put it up for auction.