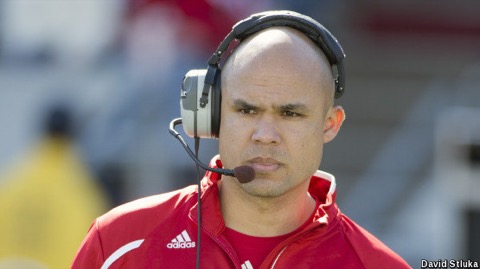 The job they interviewed him for, which appears to be an undefined defensive assistant position, ultimately went to former Oklahoma Sooners defensive line coach Jerry Montgomery.

This direction makes it clear Packers coach Mike McCarthy is looking for some new blood in the defensive coaching ranks. He looked at two rising stars in the college profession to find it.

Chryst seemingly made that priority No. 1 upon being hired.

In his two seasons with the Badgers, Aranda’s defense — minus a few hiccups — has been borderline dominant. They’ve given up an average of 299.4 yards and 18.6 points per game.

The fact that he didn’t get hired is probably good news if your a fan of both the Packers and Badgers. The Packers got their guy and the Badgers kept theirs.