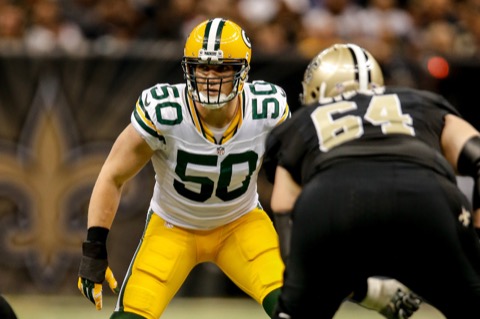 Inside linebacker A.J. Hawk was released by the Green Bay Packers on Wednesday following the worst season in his nine-year NFL career.

The move was expected and, in our minds, long, long overdue.

Hawk was a Packer for a long time. He wasn’t a great Packer and you’d have a hard time convincing anyone around here he was even a good Packer, but he was a Packer nonetheless.

For almost a decade…

Think about that for a minute.

Those guys are usually either, A. quarterbacks or, B. guys with piles of accolades and honors.

Hawk is neither of those.

As far as accolades, Hawk was never an All Pro. He was never a Pro Bowler, unless you count 2010, when he was named an alternate. He would have played in that game because several other guys at his position dropped out, except the Packers were playing in the Super Bowl.

That’s a very underachieving career for a guy chosen fifth overall in the 2006 draft.

I noticed someone say it wasn’t Hawk’s fault that he was the fifth pick in the draft, yesterday. That suggests we shouldn’t blame Hawk for not being a big-time playmaker.

However, it’s only true in that we should really blame general manager Ted Thompson for making such an underwhelming draft pick. Guys like Vernon Davis, Donte Whitner and Haloti Ngata went in the next 10 picks.

Hawk was overvalued in terms of potential impact, but that was obviously done for a reason. And whether Hawk was ever even capable of reaching that potential will be irrelevant when they tell the story of A.J. Hawk.

He was expected to and he didn’t.

Had he not been the fifth overall pick in the 2006 draft and had he not been drafted by Thompson, we suspect Hawk would have had a much shorter stay in Green Bay than nine years.

The gift and the curse of A.J. Hawk was that he gave you things that a lot of guys didn’t — he always played hard, he played through pain and was extremely durable, and he was always a team-first guy. Those things are admirable and those are the things that kept him around this long.

In fact, those are the things that made the Packers overlook the fact that Hawk was never a playmaker (or that he was substandard in coverage or got swallowed up by blockers).

Had Hawk been selfish, given half-assed effort or even if he would have been injured for an extended period of time, the Packers could easily have replaced him with someone else.

Hawk played in an amazing 142 games in his nine-year Packers career. That means he missed only two games because of injury during that span. He started 136 of those games.

While that’s somewhat impressive, anyone who watched John Anderson play would tell you he was a far superior player when compared to Hawk. But that’s the thing about stats like this. No one with any football knowledge would tell you Donald Driver was a better receiver than Don Hutson, James Lofton or Sterling Sharpe, yet he’s the Packers all-time receiving leader.

Such totals are achieved as much through longevity, luck and circumstance as they are through talent.

Mostly, Hawk’s career will be remembered as one that lacked impact plays.

Over his nine-year career, Hawk totaled 19 sacks, nine interceptions, four forced fumbles and five fumble recoveries. If you do the math there, that’s an average of about four impact plays per season.

That’s pretty sad, especially when you consider Hawk almost literally played in every game during his nine-year run.

He did give us this, though. 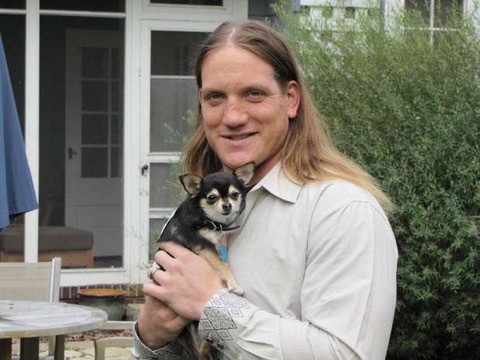