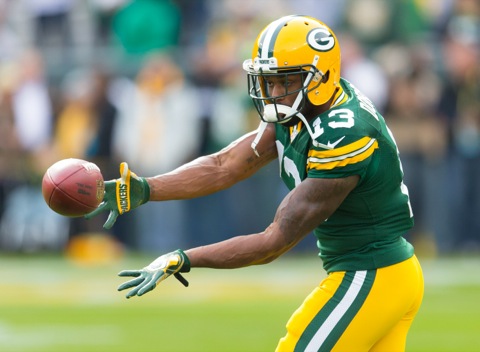 The Green Bay Packers have given receiver Kevin Dorsey his walking papers.

Dorsey joins tight end Brandon Bostick in the exclusive group of guys the Packers have cut this week.

Dorsey was a seventh-round pick by the Packers in 2013. He spent all of that season on injured reserve with the type of injury that isn’t season-ending. That was a clear signal that Dorsey wasn’t quite ready for prime time, but let’s keep him in around for a year and see what happens.

What happened was this.

Dorsey landed on the Packers practice squad to start the 2014 season. He was called up to the 53-man roster in October, but his stay was short. He went on injured reserve again in early November.

Dorsey’s body of work pretty much tells us one thing — he couldn’t or wouldn’t play special teams.

His Packers career consists of three games and most of his playing time came on special teams. His offensive line is one catch for four yards.

The POPO is Just After Letroy Guion’s Cash and Truck

The POPO is Just After Letroy Guion's Cash and Truck