This Guy Says Ndamukong Suh Should Go to Green Bay

Detroit Lions defensive tackle Ndamukong Suh, who we’ve come to know as a shit well, among other things, is about to be a free agent. He’s the top free agent on the market, according to most people.

The Lions are trying to re-sign him, but most assume that isn’t going to happen because, well, they’re the Detroit Lions. So people are wildly speculating about where Suh might end up.

This guy thinks the Green Bay Packers are the best fit. 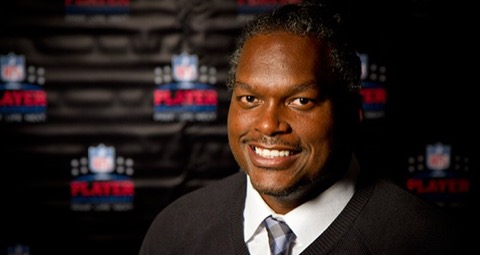 That’s former Washington linebacker LaVar Arrington, who’s currently a talking head on the NFL Network. Here’s what he had to say.

“A lot of times, players that leave their team feel disrespected and that they weren’t treated correctly, and they tend to stay in the division. I’m looking at Green Bay,” Arrington said. “I think that would be a great fit.

“They’re going to get B.J. Raji back, so now you’re looking at B.J. Raji and Ndamukong Suh, and then you got those guys on the outside — more specifically, you have Julius Peppers, you got Clay Matthews … .

“You shore up the center of that defensive front, and that might have been one of the pieces that they were truly missing on that team this past season.”

We’ll put aside our distaste for Suh as a human being momentarily to say that he’s a very good player. Signing a guy like that would make sense for the Packers, since 2014’s starting nose tackle, Letroy Guion, got arrested just last week.

And if Suh does indeed feel disrespected by the Lions and wants to stay in the division, where else is he going to go? Chicago or Minnesota?

Hahaha… not if he cares about winning in the least bit.

There are so many more reasons this idea and Arrington’s statement don’t make any sense though.

Considering the kind of guy Suh is, my bet is he really doesn’t care about winning. He’s going to take the most lucrative deal, regardless of who offers it (and we’re sure the Packers won’t be offering it).

There have been rumors about the New York Giants, but it seems to me this guy belongs on the Oakland Raiders. They’ve really lost their scumbag aura. Suh could bring that back all by himself.