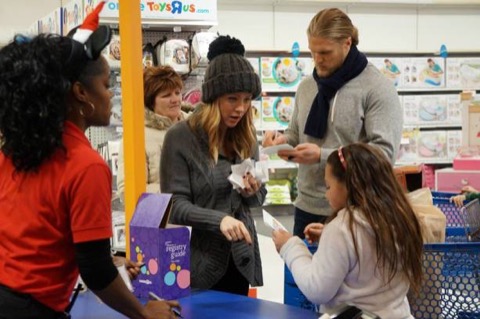 We got word yesterday that Casey Noble and Clay Matthews are now officially parents.

Details are a little sketchy at this point, but we believe Noble gave birth to a boy on Monday. We haven’t been able to verify that, however. All we’ve been told for sure is that she did give birth.

Matthews has kept his relationship with the HGTV host under wraps and there’s probably good reason for that. Noble was married when he first started dating her. The next thing we knew, she was his ex-girlfriend and then she suddenly started appearing at Packers games during the 2014 season. Finally, there she was looking very pregnant with Matthews late in 2014.

This is what you might call a complex situation.

Nonetheless, Matthews is a daddy.

Previous Article
This Might Be Aaron Rodgers Getting a BJ
Next Article
Kevin Dorsey: Also Cut by Packers