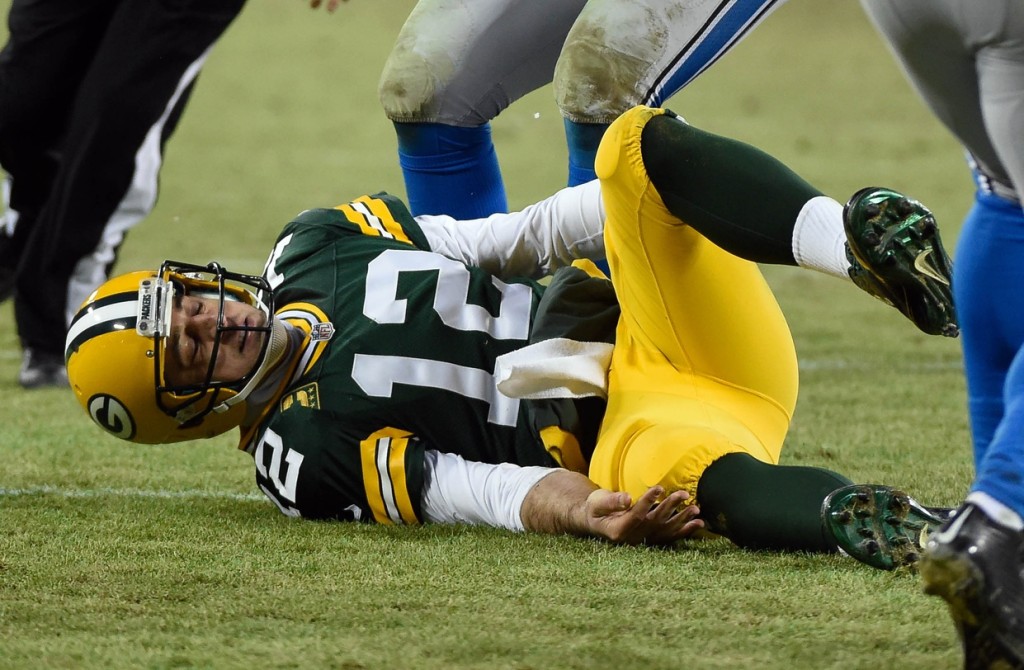 The Green Bay Packers returned to practice on Friday to begin preparing for their divisional playoff game. As expected, injured quarterback Aaron Rodgers wasn’t running around and tearing it up.

Rodgers, who aggravated his calf injury in week 17 against Detroit, probably won’t be running around and tearing it up for a while either.

Coach Mike McCarthy said the earliest Rodgers would do any work on the field would be Thursday.

“Aaron is doing well. He’s been in treatment during the practice period,” McCarthy said. “We’ll do the same tomorrow. I really don’t see him getting on the practice field until Thursday at the earliest.”

As with the week prior to the Detroit game, which also saw Rodgers’ practice time limited, McCarthy said he’s unconcerned.

“I’m not concerned,” McCarthy said. “He’s already started the preparation process. We know the direction we want to go. He’ll be prepared. What it’s important is for him to rep the things he feels he needs to. I’m not really concerned.”

After the way Rodgers played against the Lions with the same amount of practice time, we’re not terribly concerned either.

Then again, we have no idea who the Packers are playing next week and we won’t know until sometime on Sunday.

Whoever it is, we know Rodgers won’t be at 100 percent.