Oh, Good, the Packers Don’t Even Have to Show Up 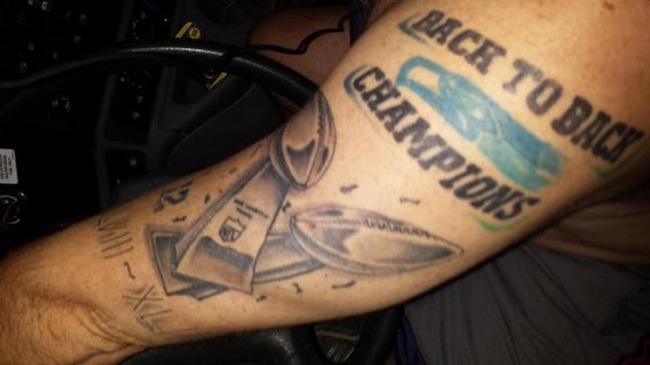 Well, there you have it. The Seattle Seahawks have already, somehow, won the Super Bowl again this year. The Green Bay Packers don’t even have to bother showing up for the game on Sunday.

I mean, some shitdick already got it tattooed on him. It must be true, right?

This always works out like it’s supposed to. Just ask that guy from Detroit.