The NFC Championship by Taiwanese Animators 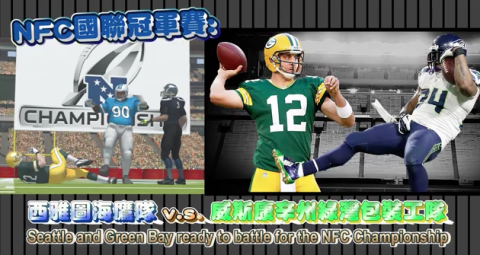 This is probably as real of a depiction of the Green Bay Packers vs. Seattle Seahawks NFC Championship game as you’re going to get. You know, because it was made by Taiwanese Animators and if anyone knows American football, it’s people from Taiwan.

There’s also lots of blood in this thing, come to think of it.

Just a heapin’ helpin’ of truth.