Finally, Someone Else Wants to Fire Shawn Slocum 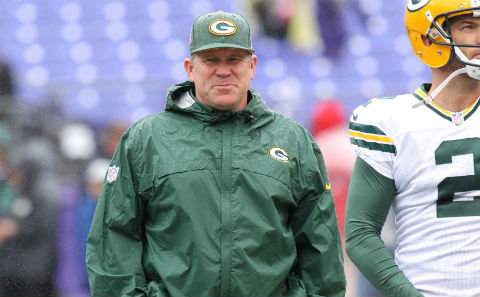 Besides you, of course. Me, you and now Pete Dougherty has finally gotten around to figuring out the obvious — the Green Bay Packers need to fire special teams coordinator Shawn Slocum.

We’ve been harping on this for years because, you know, the Packers special teams are ALWAYS ATROCIOUS and no one is ever held accountable. Dougherty, who has one of the most unfortunate-looking skulls we’ve ever seen, says Slocum hasn’t gotten the boot yet because he and McCarthy are good friends.

They both started their coaching careers as graduate assistants at Pitt back in 1990. Slocum was also hired by McCarthy when he came to Green Bay in 2006.

Dougherty thinks change is coming though.

And seriously, that guy should wear a hood like Skeletor did to cover up that dome. Maybe a cape too. Everybody likes a cape.

Anyway, here’s what he had to say.

But on this one, I’m inclined to think McCarthy will, and probably should, make the change at special teams, even if Shawn Slocum is a good coach and friend of his. Seasons like this often cost an assistant his job regardless of culpability, because it’s the NFL, and most are either on notice or one step away. It keeps everyone else on their toes.

The reason I’m willing to weigh in on this one, is that we know McCarthy has been concerned with something about his special teams. Twice in five years, he’s let go of Slocum’s assistant. In 2010, the coach demoted Curtis Fuller to an administrative assistant, and last year he fired Chad Morton.

But bringing in the veteran Ron Zook as the assistant this year did nothing to improve the special teams.

You know, we’ve harped on this for years.

The only goddam common denominator for the Packers’ shitty special teams from one year to the next is the guy coaching them. It doesn’t take a mathematician to figure that out.

The straw that finally breaks the camel’s back just may be the two gaffes — Seattle’s successful fake field goal and the failed onside kick recovery — in this year’s NFC Championship game.

It never would have come to that in any other workplace, where you actually have to be competent at your job in order to keep it, but maybe it’s come to that here.