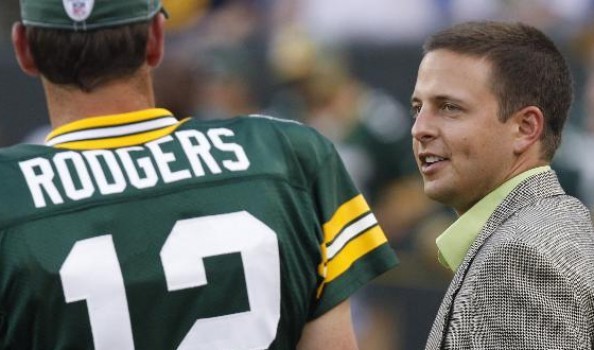 It appears there was a good reason the Green Bay Packers promoted Eliot Wolf to director of player personnel last week. Other teams are starting to show interest in hiring Wolf.

The Philadelphia Eagles are the first to formally request permission.

Philadelphia’s personnel department has been something of a clown show since the season ended.

Former general manager Howie Roseman was promoted to executive vice president of football operations. On the surface, that looks great for him. However, it’s widely known that Roseman was “promoted” because he lost a power struggle with head coach Chip Kelly, who wanted control of personnel.

Kelly was named director of player personnel when Roseman had his GM duties removed. Roseman’s job description now has no mention of personnel in it.

So the Eagles are looking for a general manager who isn’t really a general manager. At best, whoever takes this job would be sharing personnel duties with Kelly and have a pissed off Roseman looking over his shoulder.

Not exactly a plum job and we doubt Wolf is that desperate.

Some — not us, but some — people have suggested Wolf is the heir apparent to Ted Thompson as general manager of the Green Bay Packers. Of course, Ted signed a new long-term deal just last year, so no one is going to be getting the Packers’ GM job for a while.

Previous Article
Oh, the Dallas Cowboys are Undefeated on the Road?
Next Article
Anna Kendrick Talks About Filming with the Packers