Alex Van Pelt Could be on the Move 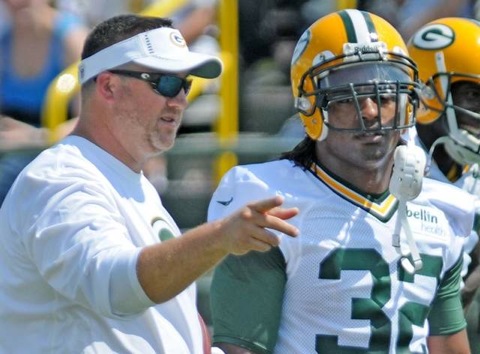 Every offseason, several members of the Green Bay Packers coaching staff become hot names to toss around for openings around the league. This year, the first name to come up is quarterbacks coach Alex Van Pelt.

Van Pelt has been targeted for the open St. Louis Rams offensive coordinator position, which was vacated when Brian Schottenheimer decided to accept the same position at the University of Georgia. Because… college.

It’s unclear whether the Packers have given the Rams permission to interview Van Pelt, whether they need to or whether he even has interest. If Van Pelt is under contract with Green Bay, the Packers could deny the request.

Of course, McCarthy has often discussed his desire for his guys to move up, even if it means losing them.

With Tom Clements in the offensive coordinator position, Van Pelt doesn’t yet have that opportunity with the Packers.

The Browns, who are also sans offensive coordinator, reportedly have interest in Clements for their opening. While that would be a lateral move, Clements would take on more responsibility if he moved to Cleveland, since McCarthy calls the plays in Green Bay.

Of course, that lack of play calling duties didn’t stop Joe Philbin from getting a head coaching job. If Clements is after that, then he’s better off staying put.

We are talking about the Browns, after all.

Ironically, Cleveland was after Van Pelt for their offensive coordinator opening at this time last year. So they’ve raised the bar in their search for the guy to put out that dumpster fire.