Aaron Rodgers is Out of Pro Bowl 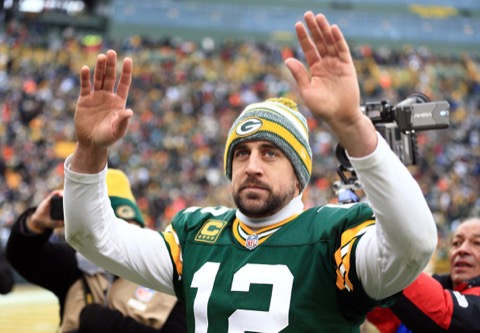 Green Bay Packers quarterback Aaron Rodgers will not play in the Pro Bowl this weekend, which should come as a surprise to no one.

Rodgers has had an injured calf since before the playoffs began, so there’s certainly no reason for him to play in an exhibition game no one cares about.

And here’s a perfect example of what a sham this game is. Replacing Rodgers on the Pro Bowl roster is none other than The Red Rifle himself, Cincinnati Bengals quarterback Andy Dalton.

What? Was Alfred E. Neuman unavailable?

Alright then. Carry on.

Previous Article
Stream of Consciousness: Bottom’s Up Edition
Next Article
Alex Van Pelt Could be on the Move