Aaron Rodgers was Not Happy with the Play Calling 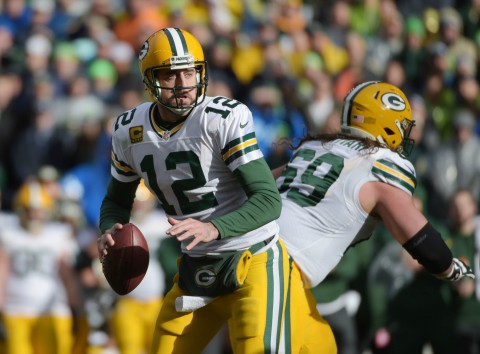 Well, for those of you who want to blame Mike McCarthy for the Green Bay Packers season being over, you probably have an ally in quarterback Aaron Rodgers.

After the game, Rodgers didn’t exactly conceal his feelings about the Packers running the ball while they were trying to close out the game with a little over four minutes left. The Packers ran three consecutive times for a net of negative-four yards. Rodgers didn’t like it.

“We’ve finished off games before in four-minute,” Rodgers said. “We had a chance to do some things; didn’t do it.”

Yeah, we get it. Rodgers wanted a shot to close out the game by throwing the ball.

The Packers have done that very thing several times throughout the season, most recently against Dallas in the divisional round.

This situation wasn’t quite the same as any of those, however. In fact, the differences are numerous.

The Packers defense had been dominant up to that very point in the game, something that hadn’t happened in any of the previous games. There was no reason to think the defense wasn’t capable of closing out the game.

On the flip side, Rodgers had been awful all game long, so he really has no one to blame but himself.

And of course, we’ve belabored this point, but it bears mentioning again. The Packers were 3-for-14 in converting third downs on Sunday.

With all of those things in mind, the best move certainly seems like running the ball and eating clock.

Hey, if Rodgers would have played better, we wouldn’t even be having this conversation. So maybe look in the mirror, QB1.