by Andrew Chitko
in Uncategorized
17 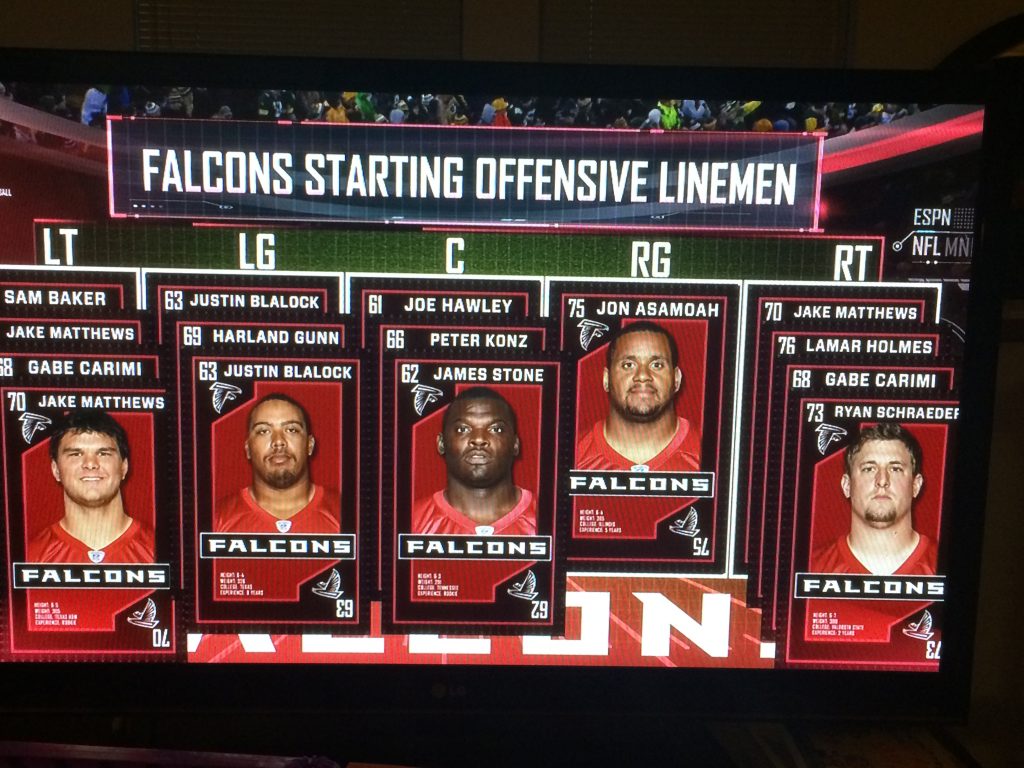 Sure it was a win, but it wasn’t as pretty as it should have been. Here are the top 10 things that stood out in the Green Bay Packers’ tenth win of the year.

1. Dominance again… and one awful breakdown

Like they were last week against the New England Patriots, the Packers offensive line was again a dominant force against Atlanta. They allowed Aaron Rodgers massive amounts of time to survey the field and they consistently opened up big holes for Eddie Lacy and James Starks.

Unfortunately in both of the Packers’ last two prime time wins, the offensive line sacrificed near perfection on eerily similar looking pass plays that came with similarly disastrous results. None of us were too thrilled at seeing Rodgers grimace in pain after getting rocked when the o-line let a rusher come free up the gut. The Packers awesome offensive line made a similar error against the Patriots in what was otherwise a near flawless performance.

Beware the delayed blitz up the middle fellas.

2. The definition of ‘soft’

No one likes to be called soft, but sometimes it is warranted. And no, I’m not talking about the second half of the game either. I’m talking about Atlanta’s very first possession.

There are just too many guys standing around and not finishing plays on the Packers defense. It started on Steven Jackson’s first carry that went for 11 yards and went on through the entire game. A tough defense relishes the opportunity to put a hit on a man as long as it is within the confines of the rules. The Packers defense did not do that Monday night and don’t do it consistently enough to be called tough.

I challenge the Packers defense to watch the Seattle Seahawks. No one gets a free pass playing Seattle. You will be hit, and hit, and hit again.

While Packers players watch passively as teammates drag ball carriers to the ground, gaining extra yardage as they do, Seattle’s defenders are hellbent on hitting you HARD even if your ass is one inch from hitting the turf, you’re about to be down, and (this is the most important thing) by hitting you again the yardage gained will not change.

The Seattle Seahawks hit you because they can. As a unit, they refuse to pass up any opportunity to relentlessly punish you. That’s the difference between soft and tough. A tough defense hits you with every ounce of grit they have until the whistle blows, while a soft defense is filled with players who watch and think, “Oh, he’s going down. My teammate has this.”

That’s why the Seahawks are the defending Super Bowl champions and, in my eyes, are still the favorites in the NFC.

Check out the graphic at the top of the page. When you saw that didn’t you immediately anticipate the Packers in Matt Ryan’s grill all night long? It didn’t happen though.

Check out the production/lack of production put forth by the Packers’ pass rushers on Monday night:

This is not the result the Packers were looking for out of what is supposed to be a first-rate pass rush. To put it into context, the Packers Pro Bowler-filled offensive line yielded one QB sack and three QB hits.

You have to believe the Packers expect to win that match-up by a wider margin than that.

Where is Julius Peppers? Does he only rise to the occasion when he knows his team needs him? When he senses they don’t, does he go through the motions and rebuild his super-strength for the future?

If that is the case and he’s saving it up, then Peppers should have plenty to give down the stretch.

Here are Peppers’ lines from the last three games:

Granted, Big Julie is getting some double team attention, but not often enough to explain away the lack of pressure he’s been getting on the opposing quarterback.

I didn’t know they made a “shaved” burger. I thought that was reserved for cured meats like ham and roast beef. I could write a letter on that burger patty, fold it into thirds, and fit it into a business-sized envelope without tearing it or needing additional postage. The grease and butter however…

To me, a person born and raised in Green Bay who has eaten at Kroll’s dozens and maybe over a hundred times, I can safely say that the old gray mare ain’t what she used to be. It’s overpriced and overrated. And that’s coming from someone who now calls SoCal home and is no stranger to high-priced… well, everything.

I do like the bar there at Kroll’s West and they do still mix a nice whiskey Old Fashioned sweet. Plus, that spicy snack mix they serve in the little cardboard boxes at the bar? Out of sight, man.

But as for the eats, I’ll typically go elsewhere. If I do decide to stay, I inevitably regret it.

I might take some heat on this one, as I know there are plenty of Kroll’s fans out there. What’s your go-to/pre-game spot for good grub in Green Bay? Is it the above-mentioned or do you have a best kept secret you’re willing to share?

I don’t care if it might have sparked a comeback. I don’t care if it showed more emotion than the entire Packers defense did all night long. At the end of the day, if you do some ridiculous end zone celebration dance when your team is getting its ass handed to it, there’s a word reserved for you. That word follows the number 6 above.

And for the record, Eric Weems, the entire world watching the game at that moment thought the exact same thing. Maybe that’s what you were going for though.

7. Not the back shoulder

Aaron Rodgers is one of the best at throwing to the back shoulder. Davante Adams is not the best at knowing when to look for that ball. Okay, he might be the worst or at least the worst on the team. To both Rodgers’ credit and detriment, he hasn’t given up on trying this play to Adams, but on the season they must be about 0-for-8. And to the best of my recollection, I don’t believe it’s ever even been close.

Adams needs to admit to himself and recognize when he has blanket coverage inside and over the top. The rookie wants to keep going with the vertical route too long and is missing some big opportunities. The back shoulder is all about using the defensive back’s perfect coverage against him, making him feel all warm and fuzzy about the position he has on you and then… BAM! There’s the back shoulder.

It’s a lot about feel and trust. Right now, it’s Adams that is the one not trusting Rodgers, not the other way around.

If Davante can figure out this route and get on point with Rodgers, it’s that much sooner that defenders will start looking for the back shoulder, which in turn will make the long ball more successful. But as it stands right now, a d-back shouldn’t even think about the back shoulder until Adams comes remotely close to catching one.

This one should probably be up higher on the list. Matt Ryan played a helluva game.

In a lot of ways, this contest reminded me of the epic 2010 Wild Card shootout when the Packers lost to the Cardinals 51-45 in overtime, a game I was lucky enough to be able to attend. Both games featured notoriously porous defensive play and sparkling All-Universe quarterback play from both sides. Matt Ryan reminded me of how Kurt Warner played that day, squeezing balls into tight coverage time and time again.

The Packers secondary played pretty poorly all game long Monday night, but in the moments of their finest efforts, Ryan was still beating them like a pinata. Matt Ryan might not get the credit or the publicity that some of the other quarterbacks in the league get, but with the exception of one really hideous ball that was intercepted by Morgan Burnett, he matched Rodgers on Monday night.

And that’s the whole point. Matt Ryan is nice, but he’s no Aaron Rodgers. Even in what was almost a brilliant come-from-behind win where Ryan carried his team on his arm, Rodgers still outplayed him. ARodge didn’t make the one mistake that Ryan did and it was the difference in the game.

Prior to the game someone on the message board anticipated that Julio Jones would have a massive day. That person was absolutely right, but his reason was because he thought Davon House would be covering him all game long. As it turned out, it might have been because House wasn’t on Jones all game that he had the game he had.

I joked on the boards that Jones would get his but “it’s not going to be Plaxico and Al Harris out there either.”

I was wrong. It was MUCH worse than that. How do they not start doubling him every single play?

I’ve got six little letters for the Packers coaching staff out there.

But that was not the effort of a team on the rise. There was an opportunity to put the Falcons away early and neither the defense or the offense could get it done in the second half.

That being said, everything is still in front of this team and there is a lot to be excited about. On the road on a short week… never an easy task. 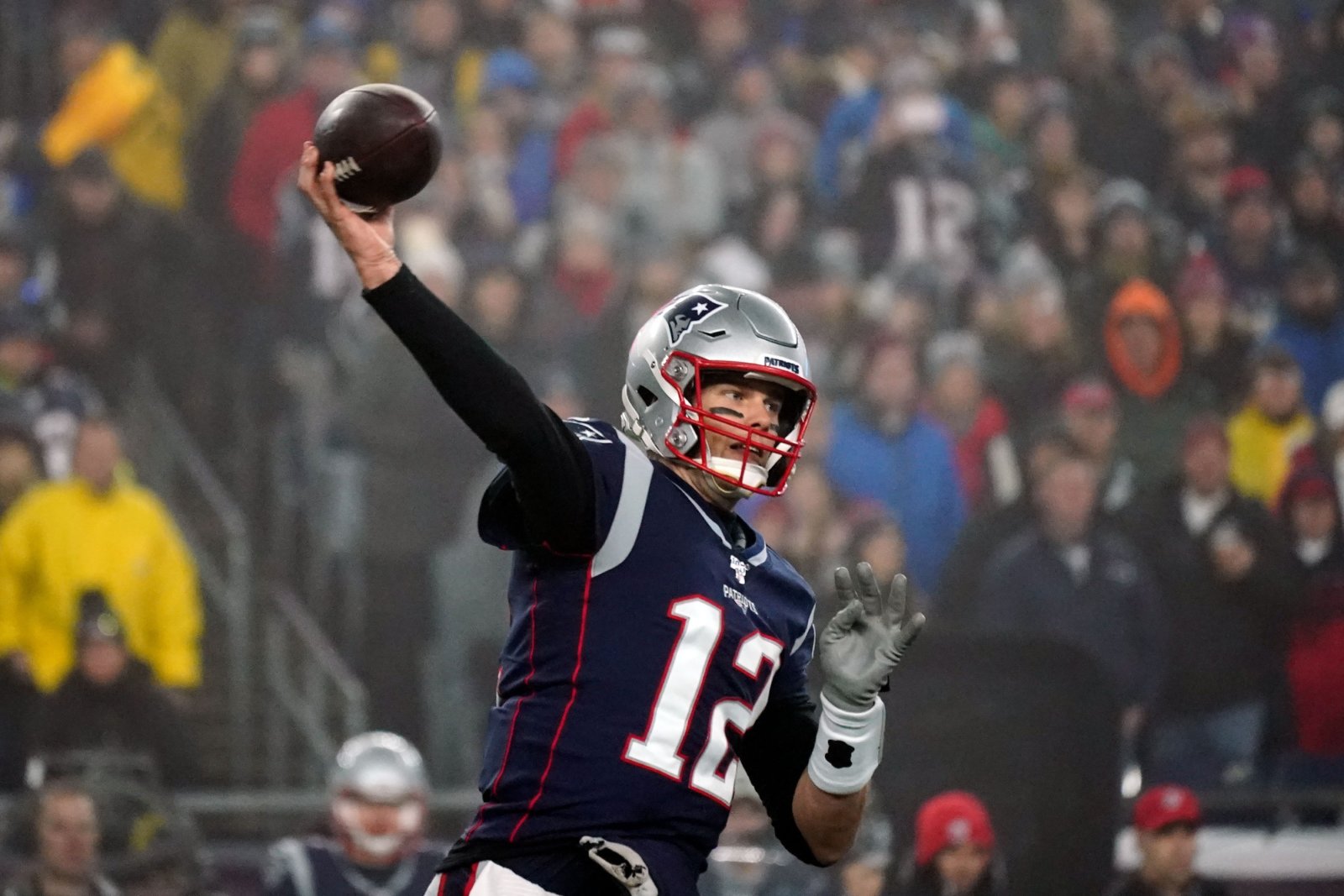 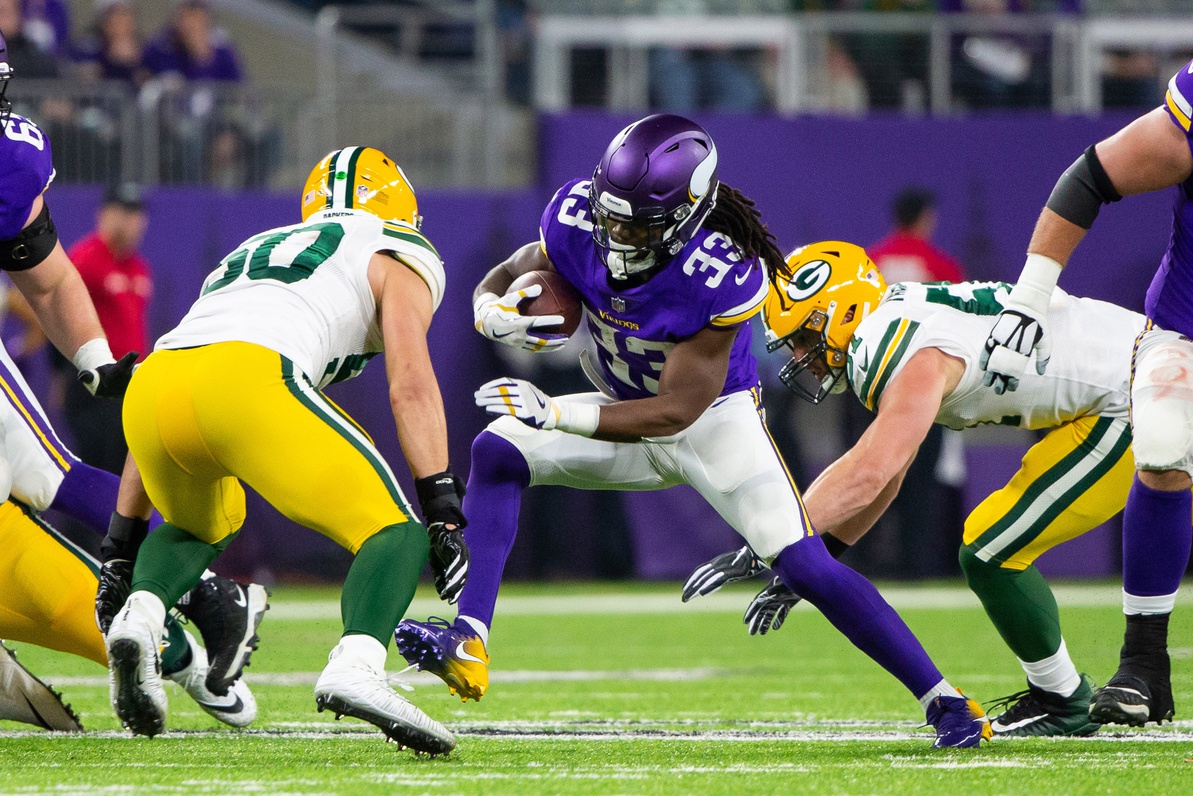