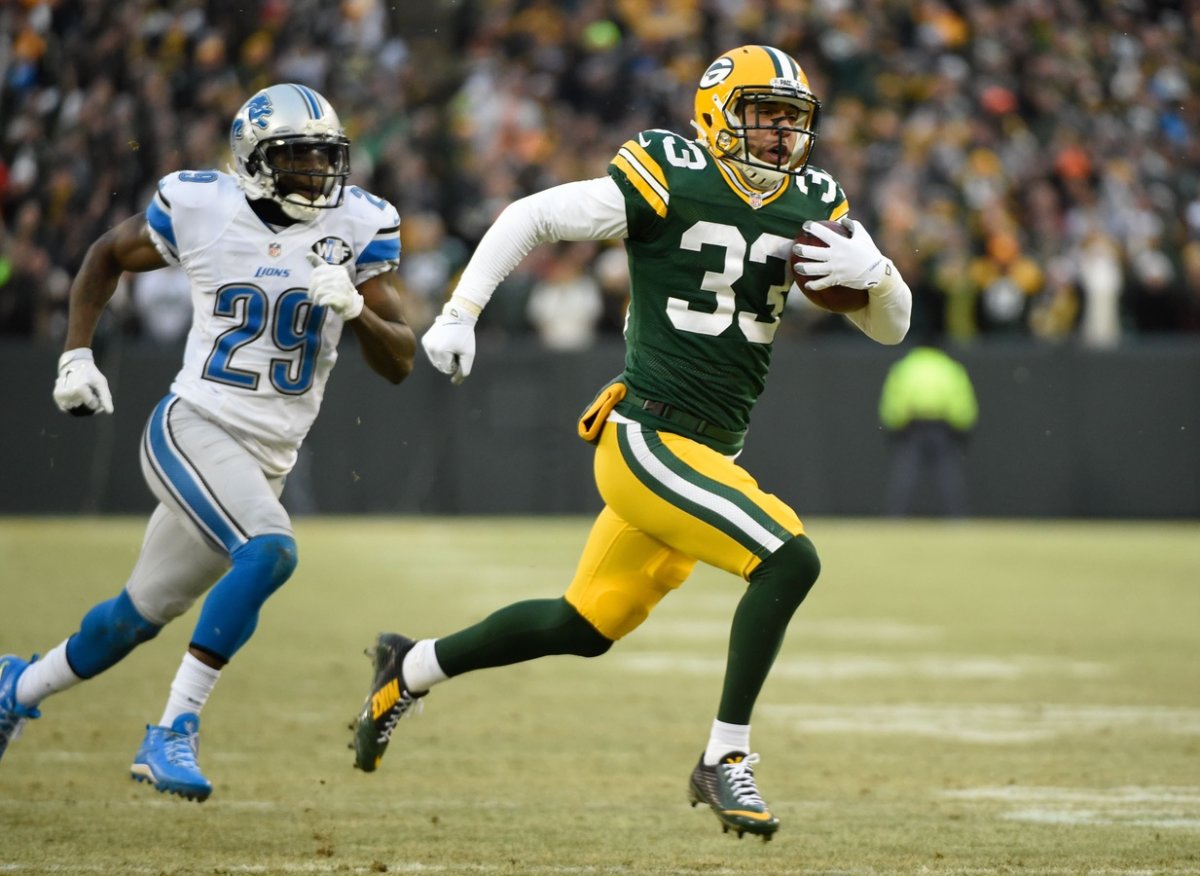 A battered Aaron Rodgers and a rejuvenated defense led the Green Bay Packers to a gutty 30-20 win over the Detroit Lions, to claim their fourth NFC North title in a row and the No. 2 seed in the NFC.

That almost changed in the second quarter, when Rodgers aggravated his injured calf on a touchdown pass to Randall Cobb. The toss gave the Packers a 14-0 lead, but it also took Rodgers from the game.

Detroit would score 14 unanswered, with seven just before the end of the half and seven more at the start of the third. The first score was aided by an idiotic personal foul penalty on linebacker Brad Jones, who brushed quarterback Matthew Stafford’s helmet on a 3rd and 10. That was 15 yards that sustained a drive that reached the end zone just before the half.

It didn’t matter though.

Rodgers returned after the Lions’ second score and led the Packers offense to 14 unanswered.

He hit Cobb for another score and then ran a sneak from the 1 for the second.

A Matthews Stafford intentional grounding penalty in the end zone resulted in a safety and capped the scoring for Green Bay. The Lions got a garbage-time touchdown for the final margin.

For the Packers, it was an all-around effort.

Rodgers threw for 226 yards, two touchdowns and no picks. He also likely sewed up his second MVP in the process. Probably most impressively, other than the grit he showed, is that he took what the Lions gave him, consistently working the middle and short routes. That is something Rodgers didn’t do in the loss to Detroit early this season.

The Packers also worked the Lions on the ground, which is something that hasn’t happened much this year at all. Detroit came in with the No. 1 rush defense and the Packers gouged them for 152 yards, which is the most the Lions have allowed this season.

Eddie Lacy led the way with an even 100 yards, his third such effort of the year.

If our count is correct, that’s seven blocked kicks of one sort or another for Shawn Slocum’s bunch this year.

That matters little at the moment though.

The important thing is the win give the Packers a week off, which will allow Rodgers time to rest. Hopefully, he’ll return at full strength two weeks down the road and Green Bay can get a playoff win in the divisional round for the first time since the 2010 season.