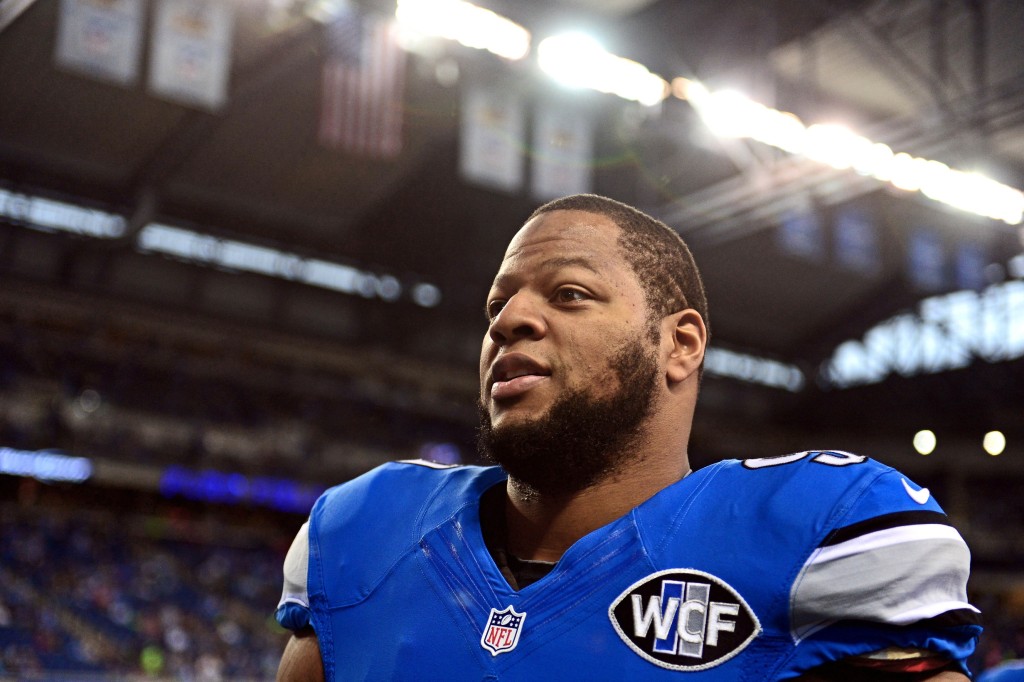 He’ll now be available to face the Dallas Cowboys this weekend. He was instead fined $70,000, which is nothing for him.

What compelling evidence did the NFL find to overturn the initial suspension? From what we’ve heard, it was overturned because Suh’s teammates came to his defense, many saying what a fine human being he’s been this season.

Facing the prospect of losing their best defensive player for the rarer than rare playoff appearance, the teammates of said player regale us with tales of what an outstanding citizen he is.

And let’s not leave the NFL out here. The league’s No. 1 rushing defense (Detroit), facing the league’s leading rusher (Dallas’ DeMarco Murray) is much more compelling with the anchor of that run defense of the field.

And guess what? The game probably stays close longer, which means better ratings numbers of the NFL!

Or, well… at least the Detroit Lions and the NFL win. And that’s all that matters!

Previous Article
Kelly Hall is Angry, Everybody
Next Article
Stream of Consciousness: Slaying the Lions Edition