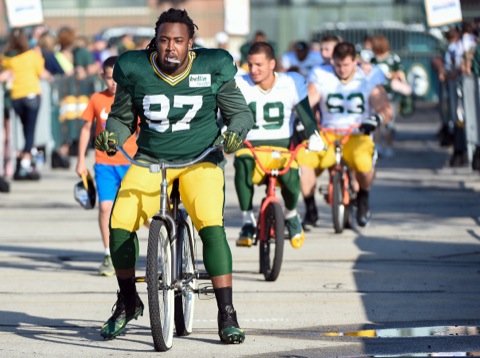 Robinson, who started the season the Packers’ practice squad, had four tackles on the season in limited action. He suffered a calf injury in practice on Saturday and is now on injured reserve.

Gaston comes to the Packers from the Arizona Cardinals practice squad. Like Robinson, he is a rookie that was an undrafted free agent. Unlike Robinson, Gaston has already bounced around the league.

Surely, soon to be released by Green Bay.

Gaston is 6-2, 316 and played at Purdue. He had 48 tackles, including seven for loss and three sacks as a senior.