The Last Time the Lions Beat the Packers at Lambeau Field… 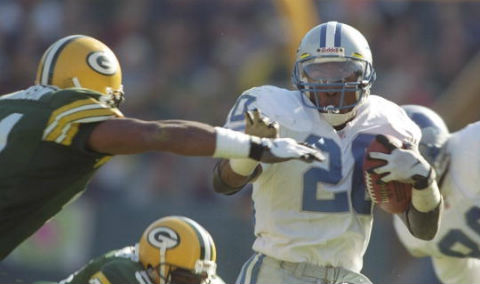 The Detroit Lions are getting no respect going into Sunday’s game with the Green Bay Packers and there’s good reason for that.

It was December 15, 1991 to be exact. It was a forgettable 4-12 season for the Packers — one that got Lindy Infante fired as head coach. It was a glorious 12-4 season for the Lions, a team that would go on to maul the Dallas Cowboys in the divisional round before losing to Washington in the NFC championship. And that’s the closest Detroit has ever been to a Super Bowl.

In the game, the Packers were led by Bears retread Mike Tomczak because Don Majkowski was, unsurprisingly, injured. Their running back was Vince Workman. Yes, Pookie. About the only good players the Packers had at the time were Sterling Sharpe and linebacker Tony Bennett, who had 13 sacks that season. The defense also had some future stars in second-year DB LeRoy Butler, who was still a cornerback then, and linebacker Bryce Paup, who would go on to win a defensive player of the year award with the Bills.

Some guy named Robert Clark caught two touchdowns for the Lions in the game. The immortal Erik Kramer tossed those TDs. Barry Sanders ran for 85 yards, but it took him 27 carries to get that yardage. Ultimately, the Packers were done in by a fourth quarter punt return for a touchdown by All Pro return man Mel Gray.

That gave the Lions a 21-10 lead in what was a defensive struggle. A late Tomczak touchdown pass to Workman made the final score 21-17.

That was a REAL long time ago though.

Here are some other things that were going on in December 1991.

That either makes you feel old or wonder what the hell I’m talking about.