Kelly Hall is Angry, Everybody 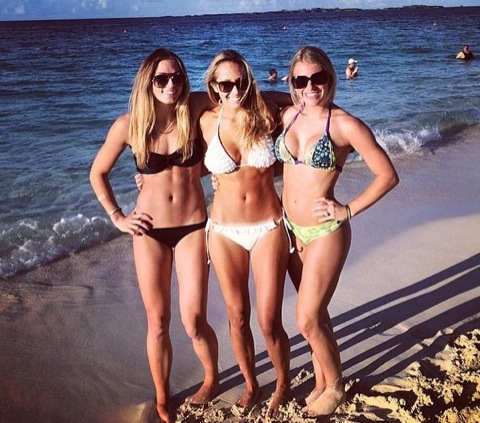 You know who didn”t think much of the NFL suspending that giant piece of shit Ndamukong Suh for trying to injure Aaron Rodgers? Matthew Stafford”s fiancee Kelly Hall (above, right), that”s who.

Because everyone appreciates strong social and sports commentary from former cheerleaders who like to do keg stands.

That came with this title.

Thank you. Pretty sure Matthew”s leg looks a lot damn worse right now from when he got stepped on/cleated in the same game. But it wasn”t Suh.. And he”s not Aaron Rodgers, so no one would think twice about it. #nflbias #givemeabreak #DETROITvsEVERYBODY

First of all, who stepped on Butterball? Does anyone even remember this play or was it just something accidental that happened in the flow of the game?

I mean, just because his sock is ripped we should give a shit?

Second of all, Mike Pereira might be right, but casino online it WAS that useless cunt Suh. He DOES have a history. He DID do something stupid AGAIN. And that”s what the Detroit Lions get for employing douchebags like him and Dominic Raiola.

You keep those assholes on the team, you don”t get to be surprised when they fuck up and get suspended.

Now, please just go back to standing around and looking good and leave the thinking to the rest of us.

Oh, What Could Have Been, Chicago