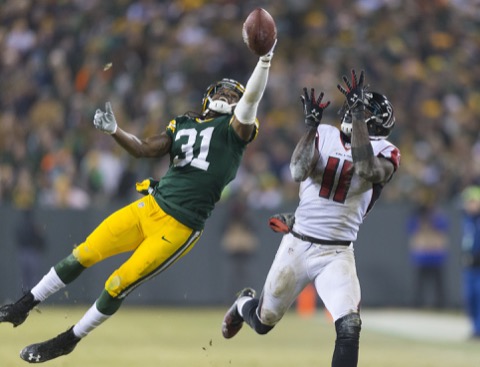 House missed Wednesday’s practice with a shoulder injury. He’s currently undergoing tests, but this appears to be more than a nick.

“He hurt his shoulder, we’re still looking at. I don’t see him being available tomorrow for practice,” coach Mike McCarthy said after practice.

House had two tackles against the Falcons and knocked down two passes. More notably, he was the only defensive back who had any success against Julio Jones, who went off for 259 receiving yards.

In fact, you could argue that House — the tallest of the Packers’ cornerbacks — has played the best against big receivers like Jones all season.

So on the surface, losing House wouldn’t appear to be that big of a deal. He is just the third or fourth cornerback, depending on the day of the week.

However, knowing that he may be the Packers’ best defense against a Sammy Watkins, Mike Evans or Calvin Johnson, and House’s potential loss could be huge.

We’re getting ahead of ourselves though. Stay tuned.