They’ve Figured Out the Packers in Philly 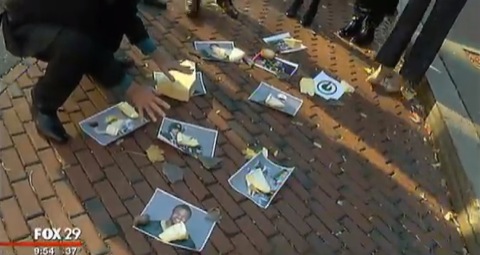 How do you beat the Green Bay Packers in Lambeau Field? That’s a tall order this year, but the clowns at Fox 29 in Philadelphia probably have it all figured out.

They ran over some photos of Packers players — and some cheese — with a steamroller. No word on who made it out of that alive.

And no, I am not making this up. This totally happened.

On a side note, this week should be your reminder that Eagles fans are assholes. Not ignorant assholes like Vikings fans, just assholes. The kind of of assholes who cheer when opposing players suffer what appears to be serious injury. I mean, it was Michael Irvin, but still…

You’ve probably noticed some of them trolling around these parts this week, hurling insults at no one in particular. If you’re going to be at Lambeau this weekend, there will surely be one of them willing to fight you. Also for no reason.

Why this aggression? Well, probably for the same reason Vikings fans are such stupid chumps. The Eagles don’t win shit. They haven’t won a championship since 1960, which obviously means they’ve never won a Super Bowl.

That’s 50-plus years of being not quite good enough.

At any rate, here’s four minutes of pure stupid.