The Super Bowl will be Played This Weekend

The New England Patriots will face the Green Bay Packers this weekend.

The Patriots have won seven in a row. The Packers have won three in a row and are undefeated at home, which is where this game will be played.

The Patriots sport the seventh-ranked offense in the NFL. The Packers offense is ranked eighth.

What does all of this mean?

THEY’RE PLAYING THE SUPER BOWL IN NOVEMBER IN GREEN BAY!

How about you USA Today? 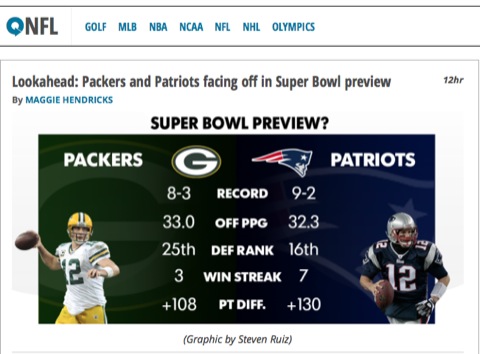 Vegas must have something to say? 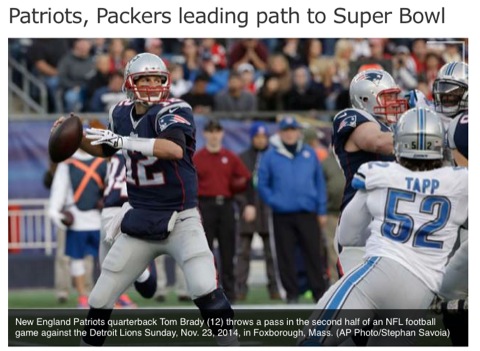 Please, media hacks, tell us more about how the Packers and Patriots will be meeting in the Super Bowl. We simply cannot have enough unoriginal hype!