Olivia Munn is Trying to Move In 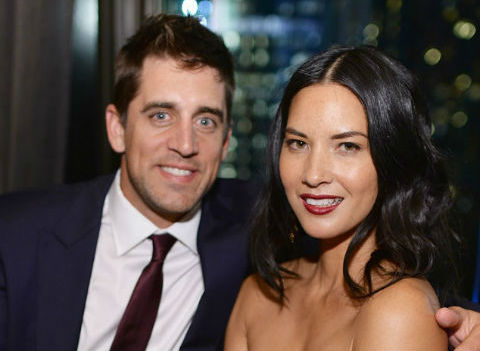 Ohhhhhhhh good! Olivia Munn is trying to move in.

And by in I mean to Wisconsin, and with Aaron Rodgers.

Has he sanctioned this? No idea, but we’re pretty sure his balls are now kept in a Mason Jar next to the furnace, so he probably doesn’t have a say.

So, Olivia, who we know to be a horrible, despicable person, told Good Housekeeping about her plans to infiltrate Green Bay.

“A lot of people are trying to scare me away from Green Bay, telling me how cold it’s going to be. I just think two things: 1) I’ll get a warmer coat; 2) You must not know how much I love staying at home. I’m not a party girl. I like to shop online. I don’t have to leave my house!”

Maybe those people just don’t want you there?

This reminds me of another Olivia Munn story that has been relayed to me. The one about how, we’re not quite sure why, but she’s always trying to trade up when it comes to men and she’s also always getting dumped.

Basically, much like her career, she’s always looking to move up a rung. She must find a higher-profile guy than the last one. I don’t know if it gets much higher than QB1, so maybe she’s done looking for the next, best thing.

That being said, it has also been pointed out to me that she can never hang onto any of these dudes. Eventually, maybe they figure out what we already have. Or they’re not blinded by that pussy. Or what have you.

So we’re just waiting for the other shoe to drop here.

Perry, Bush and Lang Are Your Non-Participants

Be Thankful for the Ultimate Jay Cutler Video

Be Thankful for the Ultimate Jay Cutler Video