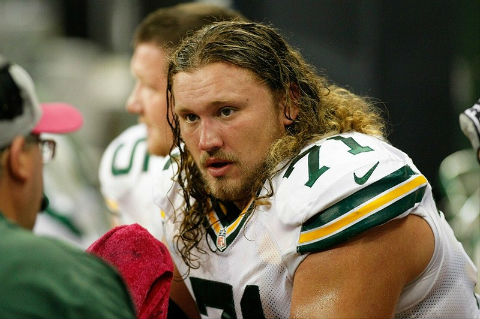 Yesterday, it was revealed that left guard Josh Sitton has a toe injury. He suffered the injury against New Orleans and missed Wednesday’s practice.

Well, big fucking deal. I stubbed my toe the other day and still went to work.

But maybe it is a big deal. The injury is serious. Sitton has a torn ligament in his big toe and a lot of guys who have had the same injury have been shut down for the season.

The good news is, apparently offensive linemen can play through it.

“The injury is something that if it was more severe, the specialist I saw — well, I didn’t see him, but he saw my scan — he said they’ve had to do surgery on it but not typically with offensive linemen,” Sitton said Wednesday. “So we feel fine that I’ll be able to go the rest of the season.”

Whether Sitton will play this week remains up in the air. The Packers appear to be taking it day by day.

What we do know is that if Sitton does play, he’ll have to play through some level of pain.

Jay Cutler Has Some Excuses

Jay Cutler Has Some Excuses