Here’s All That Talk About Avoiding Complacency 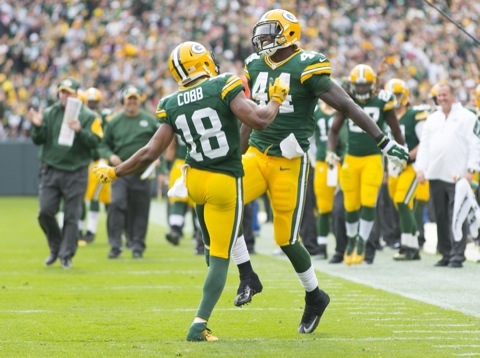 Pretty much everybody, except that one idiot Eagles fan who comes around here, has been heaping praise on the Green Bay Packers this week. That will happen when you pound the crap out of a division rival and a probable playoff team in consecutive weeks.

And sometimes, guys who get told they’re the greatest in the world over and over again start believing they can walk on water and stop working hard or doing their jobs.

Well, not these Green Bay Packers, darn it!

Coach Mike McCarthy spoke about it briefly at the beginning of the week. Complacency. We’re guarding against it.

And that shouldn’t be so hard because that was obviously the theme in Green Bay on Wednesday.

Quarterback Aaron Rodgers was asked if the team has peaked too early.

“I don’t believe in peaking early. I don’t even know what that means, to be honest with you,” Rodgers said. “We try to carry the feeling and the momentum from previous games, and learn from the mistakes we made, and we take it one game at a time.”

So on to McCarthy, who was asked if his team can handle success.

“The message of handling success is something we’ve talked about since Day 1,” McCarthy said. “Today we just focused on ourselves and the Vikings and try not to pay a whole lot of attention to the nice things you’re going to say about ’em.”

Back to Rodgers, who was asked if he expects a letdown.

“So as far as I’m concerned I don’t expect any letdowns from any of our guys. We hold them to a high expectation,” Rodgers said. “But you have to guard against complacency, slipping into the locker room, slipping into your mind.”

We’ve heard all of your praise. And now we’re going to go out and win the rest of our games this season.

There Are Green Bay Packers in Pitch Perfect 2

Clay Matthews is Not Worried

Clay Matthews is Not Worried