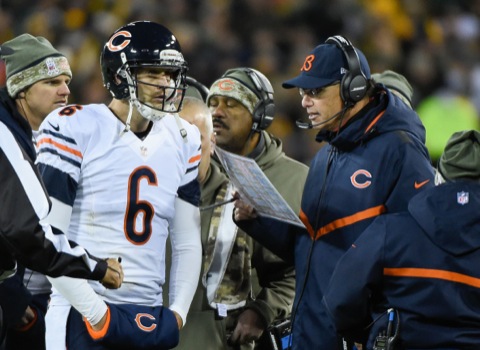 And being the solid, rational bunch of folks they are, they reacted completely reasonably to another season down the toilet.

I mean, why aren’t they used to this by now? It happens every year.

So first, we’ve got Bears fans attacking coach Marc Trestman’s daughters, Chloe and Sarahanne, on Twitter. Now, how that fucking AIDs patient has two daughters is beyond me. The one that I’ve seen is even hot, so clearly Mom Trestman was schtupping the milkman.

Anyway, Bears fans, being the classy bunch they are, let the Trestman girls have it because… Bear Down! Oddly, they are unaware that their coach is an AIDs patient. Instead, they believe him to be a “faggot” and a “tranny.”

@nfl @chloT94 you're dads a faggot

Then here’s another good one.

You can see more here, including some threats about rape and murder. Like, if it weren’t for Minnesota Vikings fans, Chicago Bears fans really would be the worst.

Here’s the guy who calls himself the last Jay Cutler fan, which is odd because we’ve never met a single, solitary Jay Cutler fan in our lives. I mean, what’s to like?

If you’re a fan of Jay Cutler, what does that say about you?

Anyway, this clown got out of his foot bath long enough to burn his Jay Cutler jersey. So apparently now the world is free of Jay Cutler fans.

Then we’ve got this guy. We’re going to call him Chachie. Because that’s what he is — a Chach.

He’s a 24-year-old, life-long Chicago Bears fan and (we presume) virgin, who’s had it up to here! He’s going to take all of his Chicago Bears jerseys and bury them in the ground.

Little does he know that he buried his dignity in that very same ground when he became a Chicago Bears fan 24 years ago. Maybe he’ll accidentally come across it when he’s putting those jerseys in the dirt!

Lastly, there was also a video billboard that appeared in Chicago on Tuesday featuring one Funky QB and the caption, “Marc, answer the phone. Your new QB is calling.” 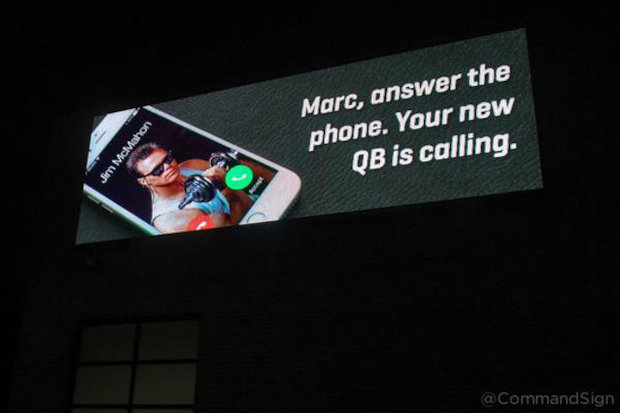 You know, because clearly even a 55-year-old Jim McMahon is better than Cutty!

You go ahead and insert your own Ghost of Charles Martin joke here.

That will conclude our program of Chicago Bears fan idiocy for this year. Please tune in again next year at approximately the same time for our annual airing of this magical event.