Did you Catch Jordy Nelson at Game 7? 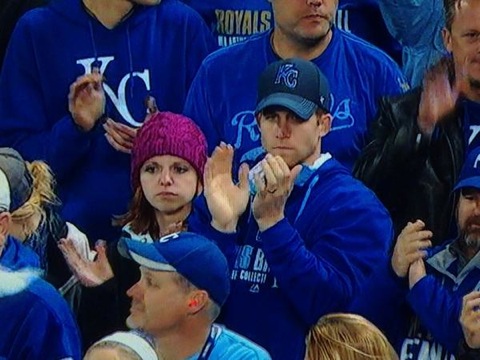 Ah, good. The way-too-long baseball season is finally over. The San Francisco Giants beat the Kansas City Royals in game seven of the World Series last night and demonstrated to whole world, once again, exactly why baseball sucks a donkey dong.

The same goddam teams win every year. MLB should think about contracting the league to just the Yankees, Red Sox, Angels, Cardinals, Giants and Dodgers. Maybe have the Rangers play in odd years.

The Royals were a great story. Hadn’t been to the Series since 1985, which gives hope to us long-suffering Milwaukee Brewers fans. Like, hey, maybe WE could win a World Series ONCE in my lifetime!

Seriously, if you can tell me who won the last three World Series before this year without looking it up, I will give you a medal. Nobody knows, because who gives a shit? Unless you happen to live in New York, Boston, St. Louis, L.A. or San Francisco.

Jordy Nelson was at the game last night! He even got a shout out by Fox. It was kind of like when they show all the celebs at a Lakers game, except they only showed Jordy Nelson.

Jordy, who is from Manhattan, Kansas, is one of two known celebrity Kansas City Royals fans. The other is Paul Rudd, who’s from Overland Park. Jordy and Paul are probably still drowning their sorrows with a keg of Bud at Paul’s mom’s house as we speak.