Aaron Rodgers Smoking a Joint is a Tribute to Jay Cutler 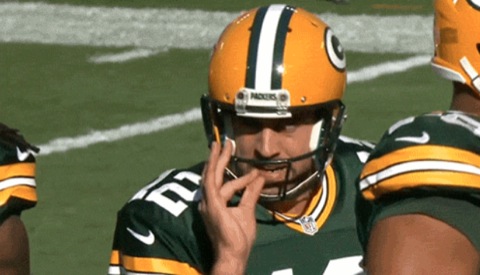 Aaron Rodgers does that hand signal at the line of scrimmage once in a while. It looks like he’s smoking a joint.

Stoners, who are also Green Bay Packers fans, love it.

Somebody asked Jason Wilde to ask Rodgers about it on their radio show on Tuesday. Wilde obliged and Rodgers first claimed it is a tribute to his boy, Smokin’ Jay Cutler.

“That was just a tribute to Jay Cutler, because there’s that ‘Smoking Jay’ web site. So I was just doing a tribute to him,” Rodgers said. 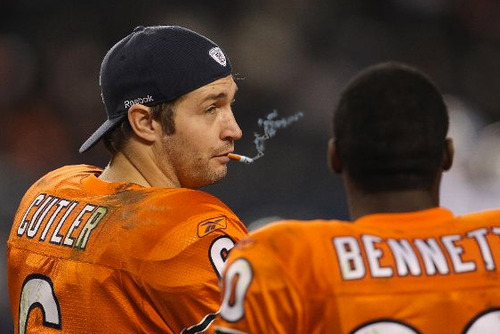 Wilde accused Rodgers of lying, which prompted him to say he didn’t remember what the signal meant, which obviously isn’t true.

Rodgers finally said it was a dummy signal, which probably isn’t true either.

“It’s a dummy signal. That’s the whole thing. You know, like, smoking dope — you’re a dummy if you smoke dope.”

Actually, it just kills motivation, but that’s beside the point.

Where were we going with this?