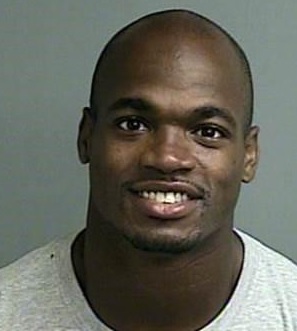 Proof again that the Minnesota Vikings are the biggest bunch of fuckups in professional sports. After reactivating suspended child abuser Adrian Peterson on Monday, the team decided they’d deactivate him again Wednesday morning.

Officially, Peterson was placed on the Exempt/Commissioner’s Permission list, which means he isn’t allowed to participate in team activities while his case is ongoing. Unless, I guess, the Vikings decide they really need a running back and activate him again.

Seriously, the decision to activate Peterson on Monday was a joke. It was obviously only motivated by the fact that he’s a franchise player. That shitstain that is the Vikings have released or suspended guys indefinitely in the past for a lot less than child abuse.

Of course, none of those guys have a 2,000-yard rushing season to their name.

So the message is clear. The Vikings will not tolerate your malfeasance, unless you’re really crucial to them winning games. Oh, but then they’ll reserve the right to change course if there’s enough uproar about their idiotic decision.

On Tuesday, Radisson pulled its sponsorship dollars, which is really the only way an NFL team will listen to anything. Kudos to Radisson.

Nike also decided to pull all of its Peterson gear from its brick and mortar stores. You can still buy Peterson gear online of course, but Nike needs to take advantage because Halloween is right around the corner and dressing up as a Minnesota Vikings child abuser is going to be a gold mine.

Anyway, we commend you for taking a half a stand, Nike. You truly are the Minnesota Vikings of sports apparel companies.

As for Peterson, get this. He gets to collect his salary while he’s inactive.

Again, the NFL has a clear message for everyone here. Smoke a joint, we will fuck your ass. Beat a kid bloody, here’s a paid vacation!

This whole thing has become a bunch of fucking asshatery all around. Fuck the Vikings and fuck the NFL.