Esera Tuaolo is Back Because of Course! 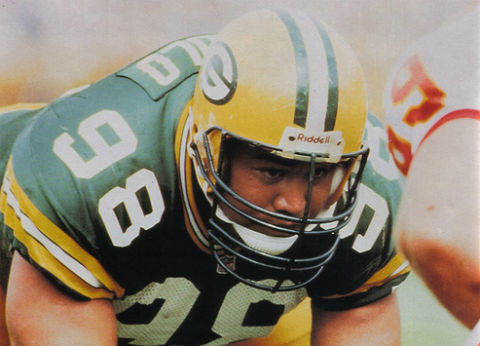 For some reason, I was a real big fan of Esera Tuaolo when he played for the Green Bay Packers.

I say for some reason because Tuaolo lasted all of a season and a half with the team. However, he started all 16 games at nose tackle as a rookie, registering 48 tackles, 3.5 sacks and an interception. It was 1991 and we didn’t have a lot to cheer about.

The next year, he played in four games for the Packers without a start. He finished that season with the Minnesota Vikings. Frankly, I’m not sure how he got there.

We’ll assume the Packers either released him or they traded him to Minnesota. That information isn’t readily available. Do you know why?

Because Esera Tuaolo is gay.

So when you go try to look up something about Esera Tuaolo, most of what you find is about him being gay.

Not that he had a nine-year career in the NFL. That he’s gay and also played in the NFL.

OH MY GOD! CAN YOU IMAGINE IT!?

Well, yeah. The NFL is now all about inclusivity, as they should be. However, this sudden interest in inclusivity is driven only by dollar signs.

With Michael Sam becoming the first openly gay player to get drafted and try to make a roster, the NFL quickly realized they have a whole new market to suck dollars out of. Hence the reason why the league office was calling around asking teams to sign Sam after he got cut by the Rams.

And hey, guess what. The Packers organization is an enlightened bunch, at least when it comes to dollar signs. They’re gay-friendly too.

While we think that’s pretty cool for Tuaolo, it just kind of reeks of being a ploy by the Packers. It’s not as if Tuaolo played 10 years for the club. Hell, he spent more years as a Viking than he did in Green Bay.

He just happens to be that now openly gay guy who once played for the Packers.

Aaron Rodgers Has Another Story About Richard Sherman