Oooooh, Look at All the Gunslingers!

Sports Illustrated really knocked it out of the park with their NFL preview covers this year. They’re all about gunslingers, and those “gunslingers” also happen to be some of the dopiest looking motherfuckers on the planet.

I would like to meet the guy who said, “Hey, we definitely need Nick Foles for this shoot!”

Yeah, that’s right. Matt Ryan is suddenly a gunslinger. Because gunslinging has devolved to firing a check down to the running back.

But hell, Aaron Rodgers, QB1 is on one of these covers. That’s all that matters.

That is somehow not true. Nope. The NFC North is represented by none other than Cutty! and Butterball.

I think that would make a great situation comedy, don’t you? Butterball with his constant keg stand-related hijinks and Cutty! just being like, dooooooooooon’t caaaaaaaaaaaaaaare! Gonna go gunsling another one into Kristin.

Also gold, are these cover shots. Thankfully, we were able to get some insight into these guys’ methods. 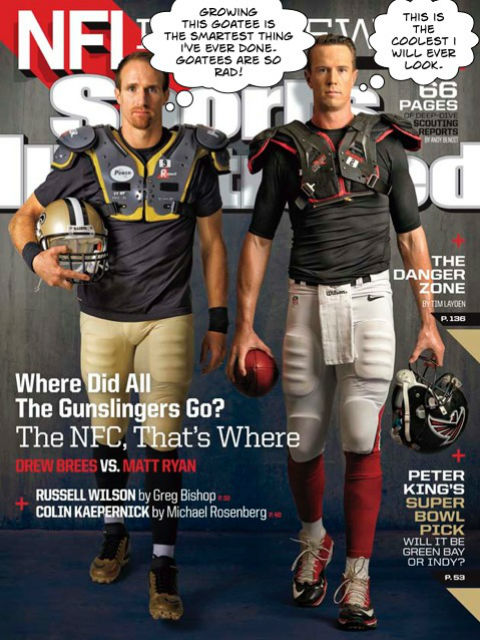 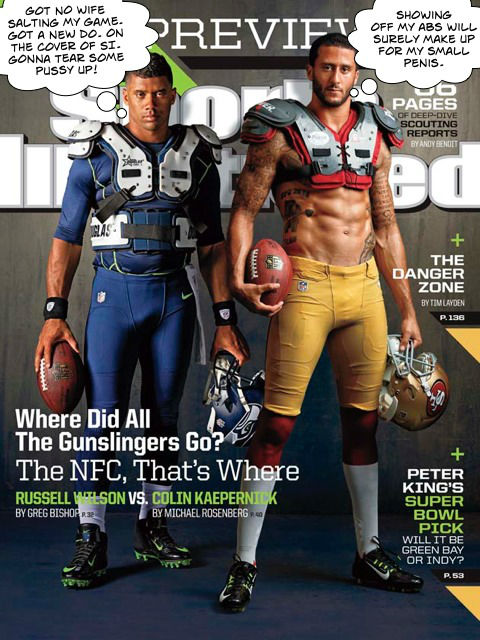 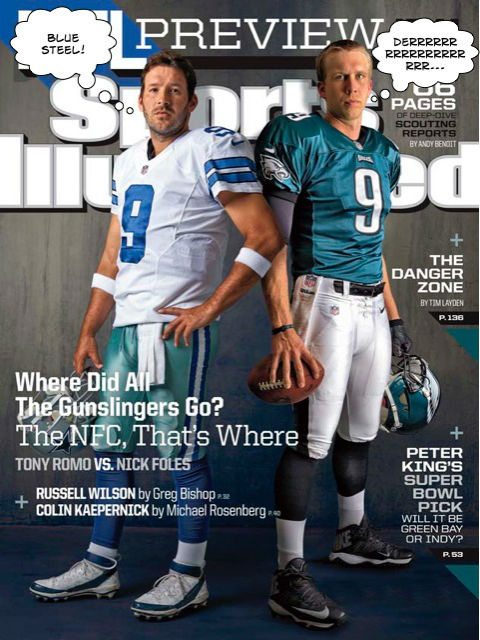 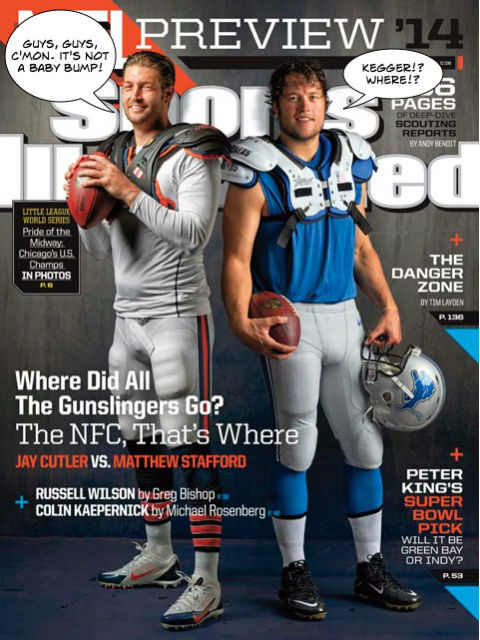