Matt Cassel is the Vikings’ Guy 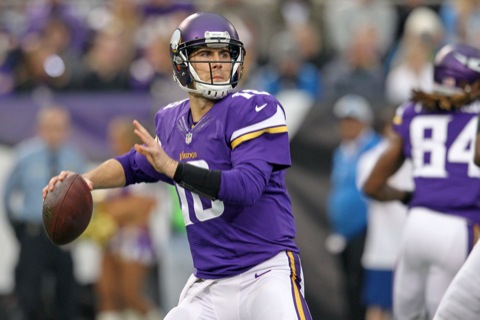 We know you were wondering who was going to be pretending to be an NFL quarterback for the Minnesota Vikings this year. The answer is, Matt Cassel.

Cassel was able to fend off the pretty much nonexistent charge of rookie Teddy Bridgewater, who the Vikings drafted at the end of the first round. Does Bridgewater have Brian Brohm written all over him?

We have no idea because we don’t watch the shit brand of football that the Vikings play. But who else could he be?

What do those stats tell us? Who cares!

These assholes play for the Vikings. Both of them are shit.

Oh, but what about Christian Ponder?

Hey, remember when the Vikings reached to pick Ponder in the first round a few years ago thinking he was their franchise quarterback?

Anyway, Mr. Steele wasn’t really even given a chance to compete.

So the Vikings will roll into the 2014 season with the imposing Matt Cassel as their quarterback. Did you know this guy once got benched for Brady Quinn?

However, surely Cassel is just the man to lead the Vikings to the promised land. This is finally the year, Vikings fans! You’re totally going to the Super Bowl and your going to win it all! On the arm of Matt Cassel!

Because You Love Troy Aikman…