by E. Wolf
in Uncategorized
39 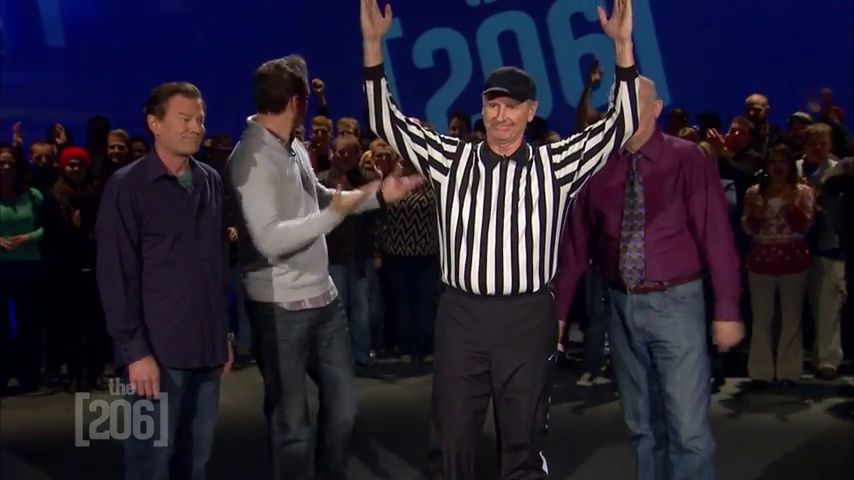 Towards thee I roll. . ..;  to the last I grapple with thee;
from hell’s heart I stab at thee; for hate’s sake I spit my last breath at thee.

The rematch, the showdown with the Seattle Seahawks is now less than two weeks away. Many have, if not having totally forgotten about the Fail Mary, at least put it behind them. A most reasonable outlook perhaps, except for the fact that the Seahawks and more particularly Seahawks fans still somehow think it is something to make light of or celebrate.

In anticipation of this pivotal rematch, a showdown practically between good and evil, this author has been mulling an article contrasting the coaching styles of 49ers coach Jim Harbaugh and Mike McCarthy, particularly in the context of how they handle these sorts of perceived affronts, and whether the latter’s even-keeled, cursory commentary about this game — and how what happened in 2012 has no baring on this team or this season — is really for the best.

In the meantime, yours truly, as a Seattle native, was in a fit of homesickness and started perusing online episodes of The 206, a reboot of sorts of the famed local Seattle skit comedy show Almost Live. In that fit of Heimweh, I quickly found this episode from January of this year.

Skip to 2:58 and you will see the appearance of Lance Easley himself, introduced with an embarrassing whiff that could not be more unfunny. It’s an appearance that did not seem to make the news the way his appearance at a charity softball game did last year, incurring my ire. As the segment progresses, he indulges in shameless self-promotion as the man who called the “Russel Wilson to Golden Tate touchdown,” before cavalierly declaring how he thinks he made the right call to universal applause in the audience. Then, when asked about his ghost-written book, he says he is not there to promote it, before saying “here it is.”

I cannot perfectly describe the feelings that overcome me when I watch this. They are quite similar to the visceral reaction I experience when I see or hear any image or utterance concerning the Minnesota Vikings, but far, far stronger. I can feel myself clenching my teeth. I can feel the blood pressure quickly rising as the fight or flight mechanisms take hold of my body before I start to see white flashes of pure anger.

An undeserved loss is bad enough, as that loss affected the playoff seedings that year. But to make continued light of our misfortune, to profiteer off it in such a crass, undignified manner truly offends me and doubtless legions of other diehard Packers fans who do not take kindly to being made light of.

Earlier in the year and up until now I was resigned to more likely than not losing this kickoff game. Now I see that we simply must beat those punks and teach them a lesson in humility for being so classless. It will not be easy, but the Bucs almost beat them last year in Paul Allen’s facility designed to artificially enhance crowd noise. And the Rams did beat them there. If the Packers do lose then we will, of course, have to wait all year to see if we can still achieve better seeding and home field advantage for any eventual playoff rematch where the stakes will be so much higher.

Impersonal talk about how this is a new challenge in a different season is not going to cut it. It needs to be personal. The Packers players and their staff need to get mad, get angry, to get personal about this, just as Packers fans are, but more so. That is why I am calling on all readers to tweet this YouTube video to Clay Matthews, Aaron Rodgers, Julius Peppers and any other leader on the field who might take offense at this, so that they may use the anger, rage and hatred in their hearts to propel them to giving paybacks, with interest.

As for Easley and the audience that applauds him, I regard them with nothing but disdain and contempt. If voodoo had any chance of being real I would have long since fashioned a doll in this man’s likeness and treated the doll accordingly, so as to administer true pain and horror. The sight of his face smiling next to a ghost written book that seeks to profit off of our misfortune instills within my heart rage, hatred and disgust, such that I must check myself from destroying my laptop or other valuable belongings even as I write this. If only he had come across the wrong Packers fan with the disposition of Robert Carlyle’s ultraviolent Begbie from Trainspotting.

Since basic human decency or humility does not compel this man to act properly, perhaps other measures are to be desired.

Until such time, and indeed irrespective of whether this vermin ever gets his proper comeuppance, the Packers players and staff need to get just as mad, just as personal. Make the Seahawks pay and pay dearly a week from this Thursday. Ruin their coming out party that was meant to celebrate the end of their status as one of the more pathetic dregs of the NFL and professional sports. If possible, humiliate them, and take the taste of last year’s Super Bowl victory right out of their mouths, and the mouths of their fans. And carry that chip on your shoulder each and every Sunday, making each and every opposing team and player pay for this and anything and everything else under the sun, right up through a little excursion to Phoenix this February.

Because You Love Troy Aikman…

Because You Love Troy Aikman...