Hey Guys, Remember When the Packers Drafted All Defense?

The year was 2012 and the Green Bay Packers were coming off a 15-1 2011 season that saw them field, at the time, the worst pass defense in NFL history and lose their first playoff game to the New York Giants (at home in the divisional round).

So naturally, the Packers sat out free agency — because free agency is for chumps! — and pinned all their hopes for improvement on guys already on the team and a draft class that was almost all defenders.

Ted Thompson decided the way to fix the defense was to draft defensive players with his first six picks. The only offensive players the Packers drafted were a pair of seventh rounders — tackle Andrew Datko and quarterback B.J. Coleman.

So did that defense get any better?

Yeah, a little bit, but it sure as hell wasn’t because of the draft class. Only one of Big Ted’s picks from that haul did anything to make a difference in his rookie season. That was second-round pick Casey Hayward, who had six interceptions.

The only other guy who’s made an impression since then is fourth-round pick Mike Daniels, who had 6.5 sacks last year.

Now that the Packers have shipped another non-achiever out of town in the form of Jerel Worthy, that draft looks a lot like this. 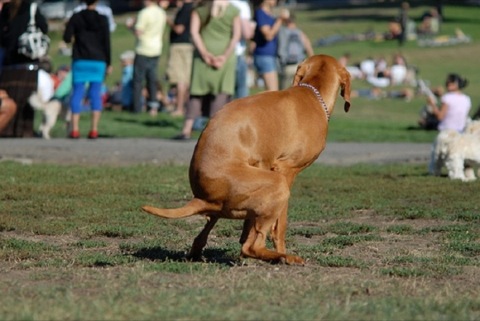 1. Nick Perry — Has missed almost as many games because of injury (15) as he’s been healthy for (17). Even when he is healthy, he’s usually a non-factor. Just six sacks in two seasons. He’s now a backup.

2a. Jerel Worthy — Missed as many games as he played in (16). While a number of those missed contests were because of injury, others were just because he sucked. Fifteen tackles and 2.5 sacks in two seasons. Shipped out to the Pats this week.

2b. Casey Hayward — Hayward has actually only been healthy for 19 total games after missing most of last season with a hamstring injury. Do you sense a pattern here? Obviously, the Packers were targeting either guys who were dog shit or would be injury-prone for their entire NFL careers. In some cases, they amazingly got both in one guy. Hayward isn’t one of those guys though. He was a playmaker as a rookie and figures to be one again this year.

4a. Mike Daniels — The Packers didn’t get much from Daniels as a rookie, but he came on strong in 2013, with those 6.5 sacks. That was as a backup. Now he’s a starter and we’re looking for him to continue to improve.

4b. Jerron McMillian — Oh. My. God. This sums up McMillian. Safety was the Packers worst position last year. McMillian, a safety, was cut during the season. You don’t hear of many fourth-round picks who don’t make it two season with the team that drafted them.

5. Terrell Manning — Played in just five games as a rookie, which was his only season in Green Bay. Manning was cut prior to the 2013 season.

7b. B.J. Coleman — Coleman took the same route as Datko. One season on the practice squad. The next, out of the NFL.

Two years after drafting eight guys, six of whom were defenders, only three of those guys are still with the Packers. One of them obviously isn’t going to amount to much, so Big Ted is batting a not very impressive .250 for the 2012 draft.

DRAFT AND DEVELOP! Only works when you can, you know, pick guys that can actually play.