You’ve Really Gone and Done it This Time 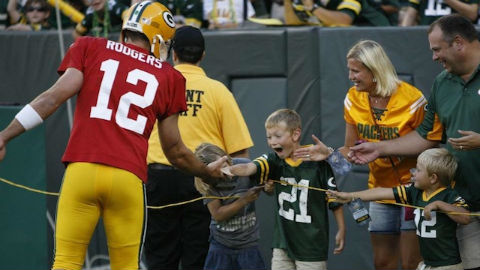 It’s safe to say that Green Bay Packers fans are pretty fired up about the team’s prospects this season. It was announced yesterday that the Packers have sold out Family Night.

That’s happened eight times in the 14 years Family Night has been in existence. This year is a little different though. Fans aren’t paying $10 per ticket to watch the usual intrasquad scrimmage. They’re paying to watch a practice.

What are we talking about Allen?

While we usually knock the Packers for taking your money for this practice, we get it. Going to games are expensive, especially if you’re trying to drag your family with.

This isn’t that expensive and you still get to sit in Lambeau and see the Packers.

It’s impressive that 73,000 people would even be interested in such a thing. That probably only happens in Green Bay.